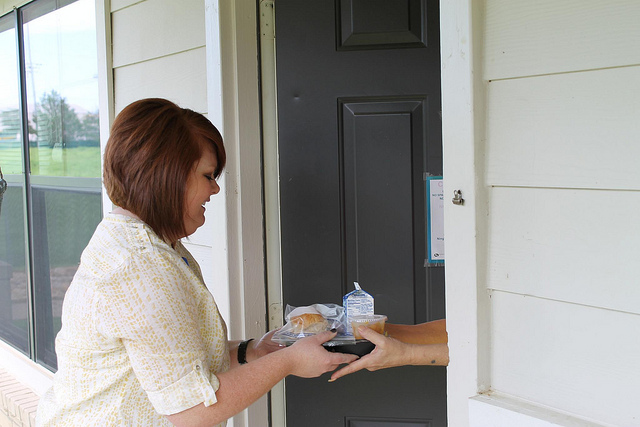 Meals on Wheels delivers 218 millions meals a year to individual homes and senior centers, feeding 2.4 million Americans age 60 and older. More than half of Meals on Wheels recipients are veterans, most live alone, take more than six medications a day, and rely on Meals on Wheels for at least half the food they eat.

While not a federal program, Meals on Wheels gets money from a mix of state, local and federal governmentÂ funds. Meals on Wheels receives federal dollars through the Administration for Community Living, an agency of the Department of Health and Human Services that serves the elderly and disabled. The proposed federal budget cuts funding to the Department of Health and Human Services by 18 percent, or $15.1 billion.

"Many states make the decision to use that money on Meals on Wheels," Mick Mulvaney, the president's budget chief, said in a press conference. Mulvaney also said since the second Bush administration, the block grants haven't shown results.

But many experts beg to differ.

The program's fact sheet says Meals on Wheels helps seniors stay at home, saving billions in Medicare and Medicaid costs every year. According to one 2013 review of studies, "The average cost of a one-month nursing home stay is equivalent to providing home-delivered meals five days a week for approximately seven years."

The Centers for Disease Control says the federal government paid $31 billion in 2015 in Medicare expenses for falls related to improper nutrition in senior citizens. A 2010 partnership between Meals on Wheels and local health systems decreased hospital readmission rates by almost 15 percent, and aÂ 2013 study by researchers at Brown UniversityÂ found that increasing Meals on Wheels enrollment would actually result in a net savings from decreased Medicaid costs for nursing home care.

"What we found is that there were statistically significant differences in health benefits among the three groups," lead researcher Kali Thomas said, "with the highest gains recognized among participants living alone who had face-to-face contact via daily deliveries."

Meals on Wheels is also funded byÂ grants and donations â€“ which increased by 50 times in the days following the announcement of Trump's proposed budget. Volunteer sign-ups also increased by 500 percent.