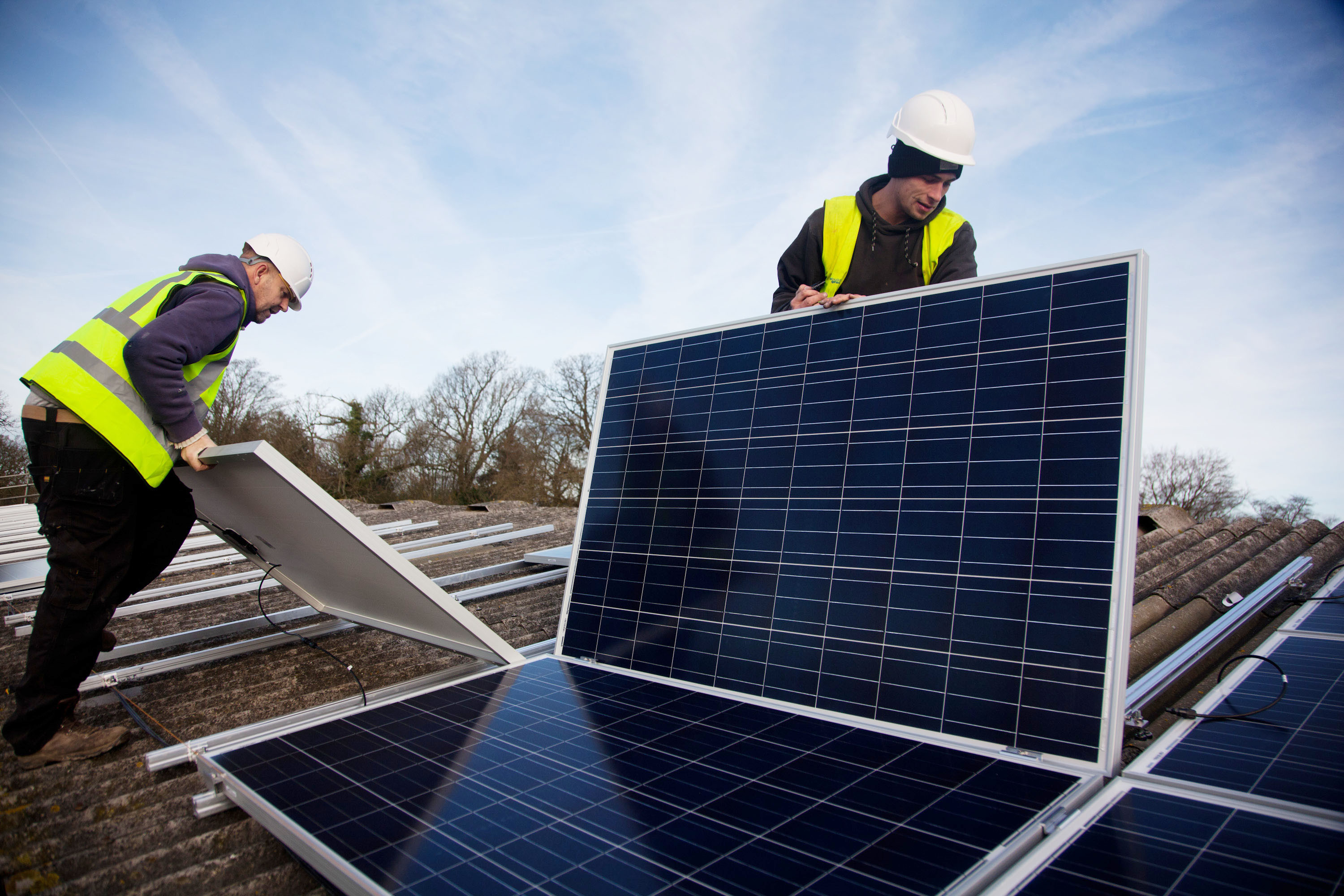 As alarms sound about rising global food demand, many observers are concerned that a growing trend in "solar farming" may gobble up land needed for food crops.

The Solar Energy Industries Association says the amount of U.S. solar installed in 2016 was double that of 2015.

Economic pressure to convert land can be irresistible. The cost of rooftop installation has dropped more than 50 percent since 2010. And last year in North Carolina, Bloomberg reported that solar companies were paying rent at three times the average amount paid per acre for crop and pasture land.

The NC Sustainable Energy Association reported that developers have installed solar panels on about 7,000 acres of the state's pasture and cropland since 2013.

In February, one of the state's top farm counties proposed a ban on new solar farms.

Last month, a commission in Connecticut proposed rules changes that would discourage solar farm developers from converting more crop space, and a state senator proposed a bill that would restrict incentives for solar development.

Solar dividends tend to be more stable from year to year, an irresistible prospect for some farmers facing uncertainty from climate changes and fluctuations in crop prices.

In Oregon, lawmakers are pushing a bill that would make it harder for solar companies to convert farmland.

In California, where a years-long drought seems to have come to an end after an unusually wet winter, one fourth of all farms generate onsite solar energy.

One of the side effects of drought and generations of irrigation is that salt accumulates in the soil, in some cases ruining the land for crops. Solar arrays have cropped up in some of those lost areas.

A United Nations report said that worldwide, 153.2 million acres of cropland -- an area the size of Texas -- have been spoiled by salt.

Many solar energy advocates focus on integrating production with existing farms rather than converting them.

Stanford researchers are working on ways to use the sun to produce nitrogen-based fertilizers on site.