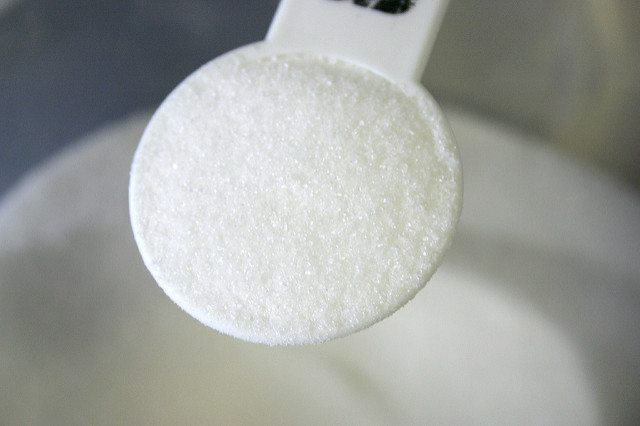 Two more countries are joining the fight against sugar.

Smaller Candy Bars In The U.K.

British government agency Public Health England's latest report, "Sugar Reduction: Achieving the 20%," calls for food and beverage industries to reduce the amount of sugar in their products by 20 percent by 2020, with a particular focus on products consumed by children.

It's a unique approach to public health, and one that PHEÂ says is necessary for health equity. Dr. Alison Tedstone, chief nutritionist at PHE, says children from deprived backgrounds areÂ more likely to be affected by obesity.

"If businesses achieve these guidelines, 200,000 tons of sugar could be removed from the U.K. market per year by 2020," TedstoneÂ told the BBC.

So far, the agreement is voluntary leaving many to worry that there is no way to enforce food manufacturer and restaurant compliance.

"We've seen over recent weeks that some companies within the food and drink industry have made great progress whilst others are seriously lagging behind and others claiming wrongly that they can't do it," said Graham MacGregor, a professor of cardiovascular medicine and chairman of the campaigning group Action on Sugar.

"If these recalcitrant companies don't comply we need Theresa May to bring in tough measures to ensure compliance and put public health first before the profits of the food industry."

It's the same strategy many other countries have implemented, including Mexico, France, Hungary, and more recently, several cities in the U.S., with great preliminary results.

New research from the University of Waterloo, commissioned by Canadian health organizations, shows a levy on sugary drink companies would reduce death, disability, and healthcare costs.

The levy would also raise $11.5 billion in healthcare savings and $43.6 billion in government revenue, which would support subsidies for produce, physical activity initiatives, and other health education activities.