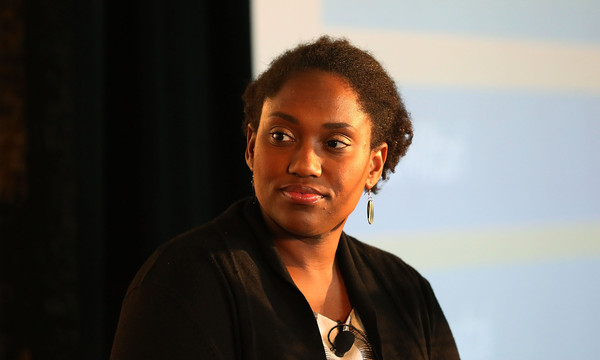 For those involved in the good food, real food, or local food movements, it's easy to write off fast food, either because it’s not good for you, not good for the environment or because the industry doesn’t pay its workers a living wage. Or, maybe it’s just not classy enough.

But through the second half of the twentieth century, African American communities and even civil rights organizations saw fast food franchising as a way to bring jobs and money into black communities.

It’s hard to imagine, today, that McDonald’s franchises could ever have been seen as an engine of black socialism, but Marcia Chatelain, Associate Professor of History and African American Studies at Georgetown University, reminds us that African American communities continue to be constrained, and fast food has been one way to make things work.

Dr. Chatelain is currently finishing up a book about the relationship between African American communities and the fast food industry called From Sit-In to Drive-Thru: Black America in the Age of Fast Food.

Associate producer Alex Chambers recently spoke with her via Skype (see link to the transcript below).

We check in with Puerto Rican Farmers one year after Hurricane Maria, with Harvest Public Media’s Grant Gerlock.

And we do some pickling with chef Daniel Orr.

Transcript Of Interview With Marcia Chatelain

We check in with Puerto Rican Farmers one year after Hurricane Maria, with Harvest Public Media’s Grant Gerlock.