How To Make Pine Needle Tea 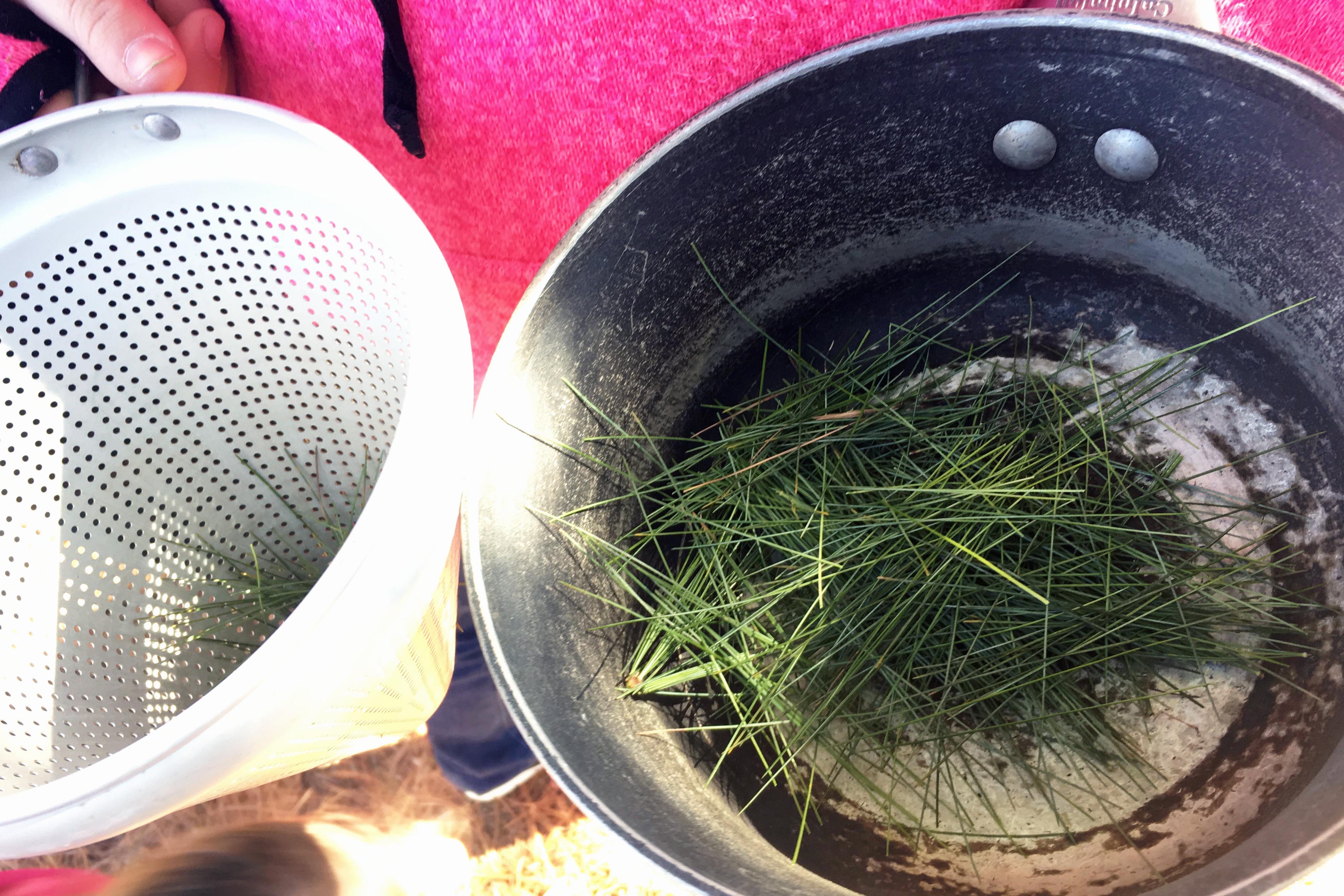 Shane Gibson says foraging for wild edibles is one of the few ways he's found to get his youngest son to eat vegetables. "We enjoy nibbling on violets and dandelions," he says. "We'll make sumac lemonade and spicebush tea."

Gibson is the Environmental Education Director at the Sycamore Land Trust. He sees a similar love of wild foods in the kids he works with at Templeton Elementary School (Bloomington, Indiana).

I visited him on a cold and blustery February day. He was leadingÂ a group of 6-11-year-olds in a lesson about his family's favorite -- pine needle tea.

Gibson says there's no set recipe for pine needle tea, but this is how he makes it: