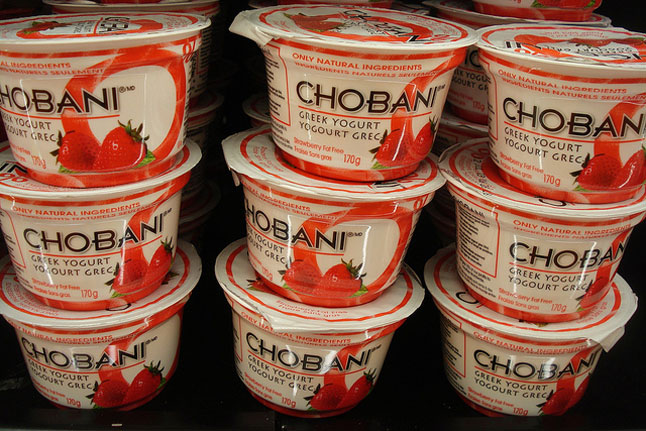 Some are pushing to add a new protein-rich item to school lunches: Greek yogurt. USDA officials stated the dairy product -- which owes its distinct flavor and thick texture to the absence of whey -- may very well end up serving as a meat substitute in public school cafeterias nationwide.

By some estimates, the past decade has seen overall yogurt consumption double. Indeed, almost one in three people eat yogurt on a daily basis.

As for trends in Greek yogurt, Chobani, a leading producer, is projected to sell nearly $1 billion worth of the stuff this year. According to investment film AllianceBernstein, one-third of all U.S. yogurt sales is comprised by Greek yogurt.

These figures are likely to grow significantly if Greek yogurt becomes a staple of school lunches.

In hopes benefiting both his states' students and dairy farmers, New York senator Charles Schumer asked the USDA to consider Greek yogurt as an alternative to meat last June.

In response, USDA has decided make Greek yogurt available to a number of New York schools as a part of a pilot program. If all goes well, Greek yogurt could become available at schools across the country.