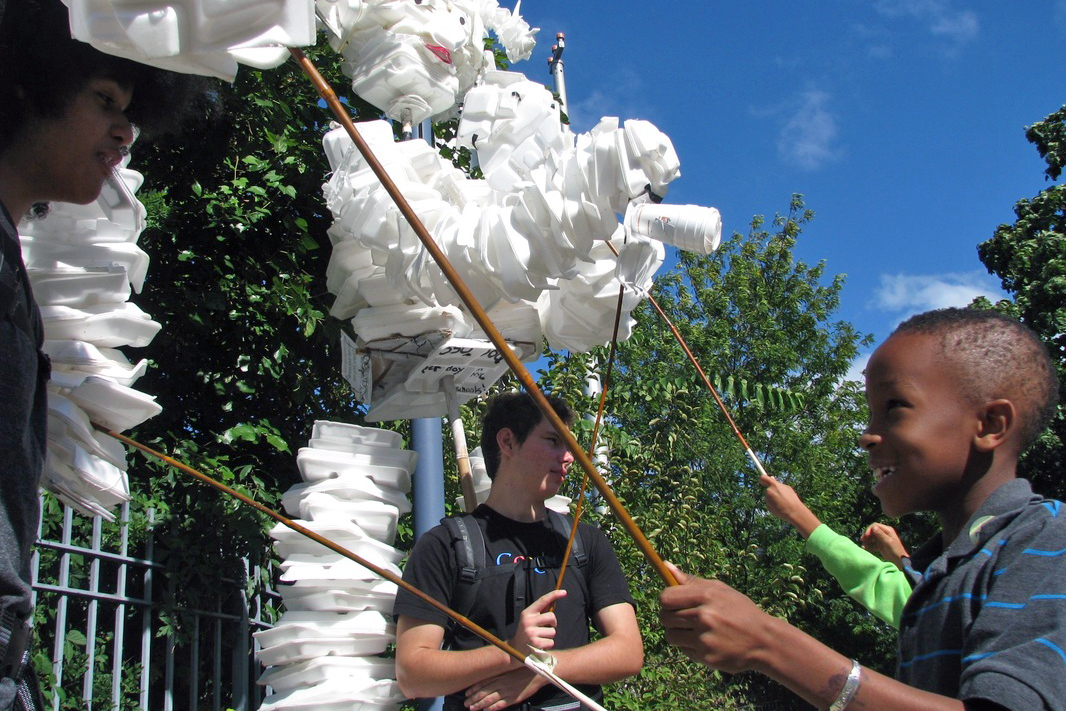 New York is the latest and largest U.S. city to pass a ban on single-use polystyreneÂ foam containers for food and drinks. In a unanimous decision, the City Council voted at the end of December to prohibit restaurants, food carts and stores from using styrene cups, clamshell takeout boxes, school lunch trays -- and even those ubiquitous packing peanuts.

The decision marks the culmination of a six-year fight that started over styrene use in the city's public school lunchrooms.

Debby Lee Cohen, a public school mom and the director and co-founder of Cafeteria Culture, mustered for action with other environmentally-minded moms and teachers in the spring of 2009 to stop the waste of millions of polystyreneÂ trays per day. Soon after, they launched a kid-driven pilot project to sort waste in lunchrooms, and 15 other groups in the city took up the cause.

Cafeteria Culture has pushed for compostable trays to replace polystyreneÂ ones, and spurred collective purchasing to keep costs down.

Approval of the ban comes just days before the end of Mayor Michael Bloomberg's 12-year reign. Activists say his successor, Mayor-elect Bill de Blasio, has supported past efforts to curbÂ waste. The mayor's office says polystyreneÂ foam can't be recycled, andÂ currently an estimated 20,000 tons of the stuff contaminates the pool of recyclable materials like glass and plastics.

There are caveats. The ban won't go into effect until July 2015, giving the industry one more chance to prove that food-smeared foam can feasibly be recycled. Small businesses can also apply for a waiver after the rule goes into effect.

Dart Container and the Restaurant Action Alliance have fought fiercely against the ban, saying that polystyreneÂ foam is recyclable and pricier alternatives would put an unfair burden on school districts in poor neighborhoods.

Lee Cohen countered that argument by pointing out the health risks posed by food eaten from polystyrene affects poor neighborhoods disproportionately. The National Toxicology Program found in itsÂ 12th edition of the Report on Carcinogens that styrene is "reasonably anticipated to be a carcinogen."

"In middle and high income neighborhoods, you don't even see that much polystyrene anymore. It's become a real issue of disparity," she said.

Industry groups have yet to demonstrate a way to reuse containers contaminated with food waste, and a 100-school project in 2008 failed to help their case.

What's In A Name

If you're wondering why no one seems to be calling the stuff styrofoam anymore, that's because technically, it never really was. Dow Chemical, who owns the trademark, is pretty serious about getting people to stop using the "s" word.

According to the Natural Resources Defense Council, the ban would bring New York into the ranks of nearly 100 cities and towns across the countryÂ that have cracked down on polystyrene food and beverage containers. New York is part of a group with five other cities known as the Urban School Food Alliance, including Miami, Orlando, Los Angeles, Chicago and Dallas, that is pushing for more sustainable school lunches.