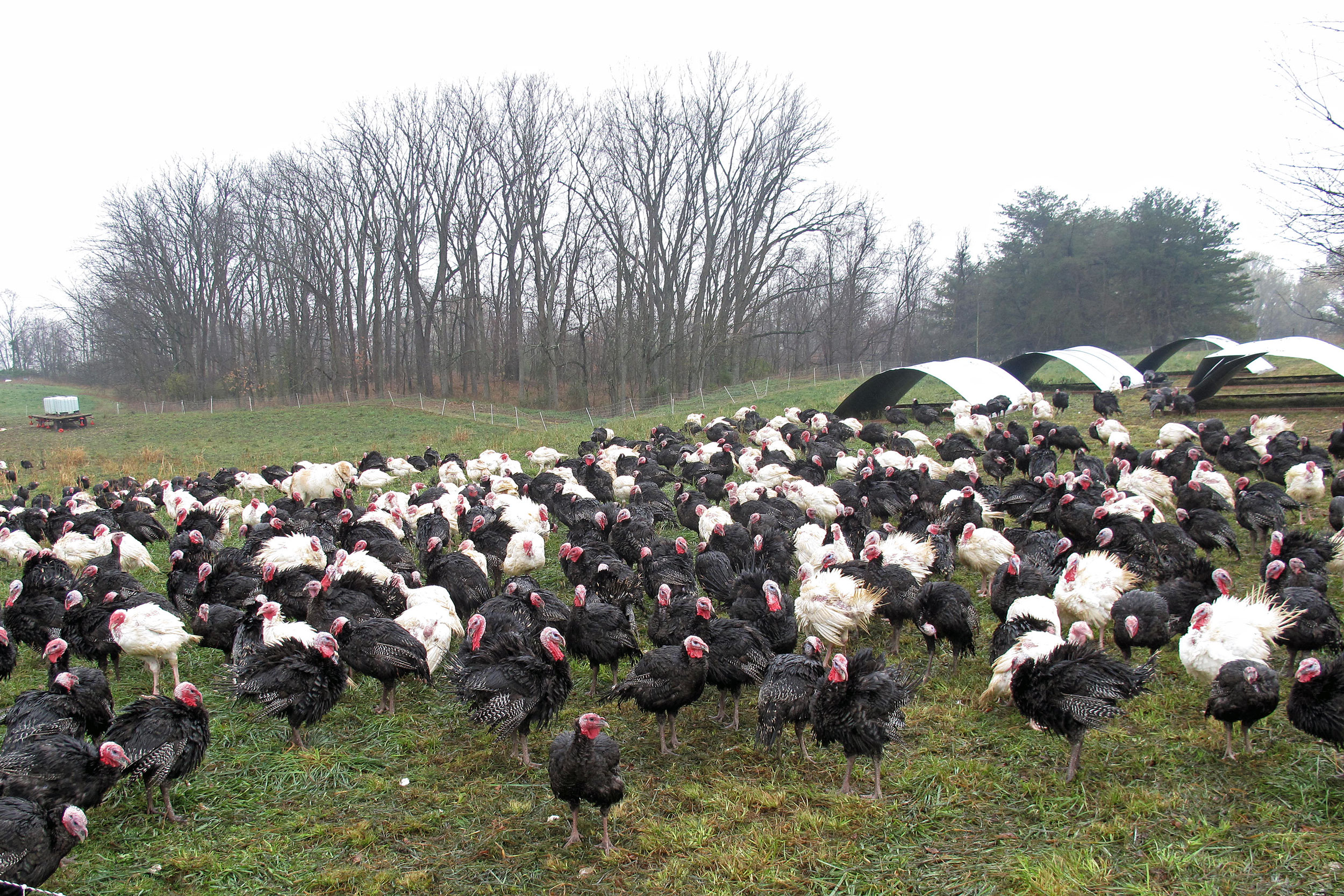 For four months of the year, Schacht Farm's 5,000 chickens, 130 hogs and 30 cows have to share the 52-acre farm with 900 turkeys. But after next week, the turkeys will be long gone, having been processed for Thanksgiving meals all over south-central Indiana.

Farm owner Mandy Corry ordered the birds in January, and they arrived in mid-July as one-day-old fluff balls, called poults. Since then, she has been moving them from pasture to pasture. By the time the birds are processed, they will have covered (and decimated) 12 acres of land.

They were recently moved to this fresh two-acre paddock which is surrounded by an electrical fence and protected by the Great Pyrenees Savannah. They will be able to survive on this forage for about ten days -- enough time to fill out to their ideal weight of 16-22 pounds.

The weather is the biggest unknown. Today, it's rainy and chilly. Other than having their feathers matted down, the birds don't seem to mind.

But the rain and temperature play important roles in the birds' development. The amount of rain the farm gets determines how well the forage grows, and the temperature determines how much of their food needs to go toward simply keeping them warm as opposed to growing.

Corry raises Standard Bronze and Broad-Breasted White turkeys on Schacht Farm. The bronze birds are better foragers, so the white turkeys learn how to forage by mimicking the bronzes' behavior.

The turkeys are also skilled at mimicking vocalizations. Corry belts out a high-pitched greeting and the birds respond in unison with an equally high-pitched gobble-gobble.

She has been amused by these mischievous and quirky animals for four months, so will she miss them after they're gone?

"As far as emotional attachment goes, there's not a lot in there to get attached to," she says.