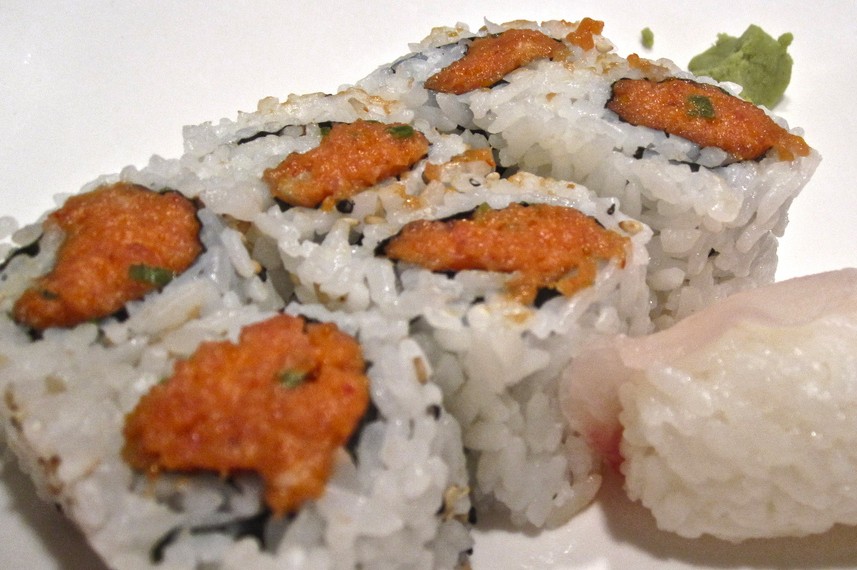 The Price Of Cheap Sushi

Salmonella found in a raw tuna product used to make cheap sushi has been traced to a production facility in India.

US inspectors found that Moon Fishery -- an outpost of the Calfornia-based company Moon Marine -- had forgone several key steps of the sanitation process all foreign companies must follow in order to legally export food to the United States.

These steps included, among others, strict monitoring of cutting, scraping and packaging to prevent pathogen growth as well as temperature maintenance of shipment vessels.

The facility's water and ice were also deemed unsanitary.

At least 316 people in twenty-six states and the District of Columbia have fallen ill after eating sushi made with the contaminated tuna.

If you've eaten raw tuna slices recently, you're probably fine. The source of the outbreak has been tied to Nakaochi Scrape -- inexpensive back meat scraped off the bones of yellowfin tuna.

High-end sushi chefs often scrape their own tuna back meat, but cheaper sushi, like the varieties sold in most supermarkets, is made from industrially-processed fish.

Although many critics have drawn comparisons with lean finely-textured beef, or "Pink Slime," experts have been quick to point out that the similarities between the two products are limited to the fact that both are made from meat scrapings that would otherwise be wasted.

"Pink slime" is heavily modified to remove fats and kill and potential food-borne pathogens. Nakaochi Scrape, however, is cleaned and then sold as-is.