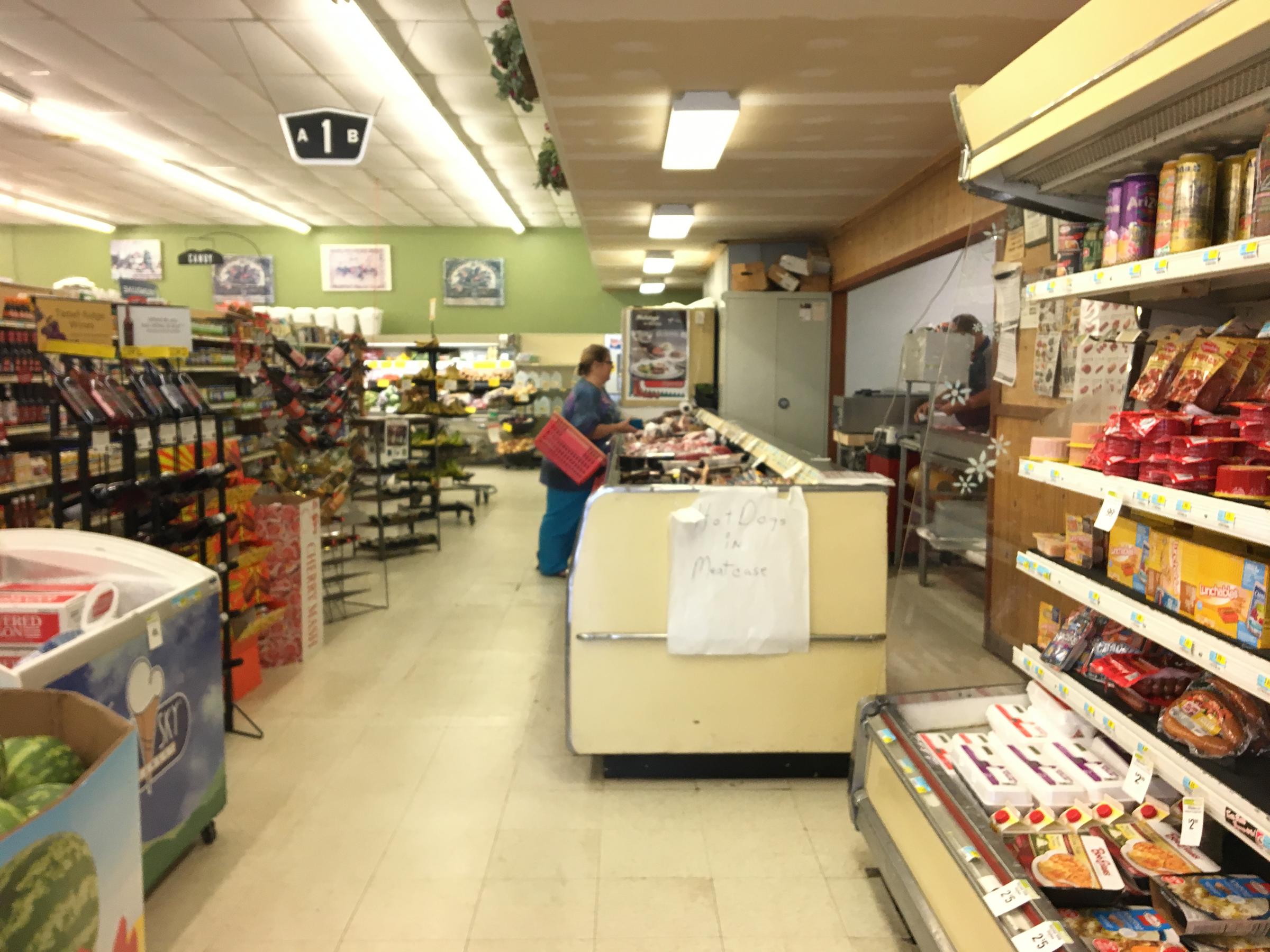 On a busy football Saturday, fans on both sides of the Iowa-Nebraska line streamed into a tiny grocery store to pick up hamburger, soda and chips.

Store manager Nick Johnson, a third-generation store owner in far southwest Iowa, has long had a front-row seat to the local economy. Times have been tough since the recession, with lots of people losing their manufacturing jobs, though he says that it looks like some of those are coming back.

And similar to the rest of the country, farm income is down thanks to low crop prices.

More than 38,000 people in this congressional district receive assistance from the Supplemental Nutrition Assistance Program, or SNAP, what used to be called food stamps. Most are white and 40 percent live under the poverty level.

Since the late 1970s, congressional leaders have placed food programs in the farm bill to attract votes from cities, where food stamp use was highest. The hope was that rural and urban lawmakers would come together to get the big bill passed.

But the SNAP map has shifted. U.S. Department of Agriculture data shows that since 2012, SNAP participation is highest among households in rural areas and small towns under 2,500 people.

“It wasn't shocking or surprising,” said Ellen Vollinger, legal director of the Food Research & Action Center, or FRAC, “when you think about the degree to which SNAP is related to people being poor.”

FRAC analyzed the USDA data and found that nationally, 16 percent of households in rural areas use SNAP versus 13 percent in urban areas. The population of older people is larger in rural areas, which Vollinger said is driving the increase.

“The data, if anything, probably suggests that there could be an even greater reach for SNAP in rural areas if it was doing a stronger job of reaching more of the elderly who are, in fact, eligible but not participating,” she said.

Other people in rural areas who need SNAP are low-wage workers who just don’t make enough or don’t get enough hours at work, Vollinger said, and many recipients are families with children.

About a fifth of Johnson’s store’s annual revenue comes from SNAP, he said, which is about average.

David Procter of the Rural Grocery Initiative at Kansas State University surveyed Kansas rural grocers to see how much business comes from SNAP and another major federal nutrition program, Women, Infants and Children, or WIC.

“We get different percentages from different owners,” he said, “but anywhere from say 10 percent up to about 25 percent of their sales they tell us come from those federal food assistance programs.”

USDA data shows that every dollar spent in SNAP generates up to $1.80 in economic activity in that area.

The other big winner from SNAP dollars: chain stores that cater to rural areas, like Dollar General. The USDA reports that in 2017, big-box stores like Walmart took in more than half of the $63 billion set aside for SNAP.

Peggy Lowe is a contributor to Harvest Public Media and based at KCUR in Kansas City, Missouri. Follow her on Twitter @peggyllowe.