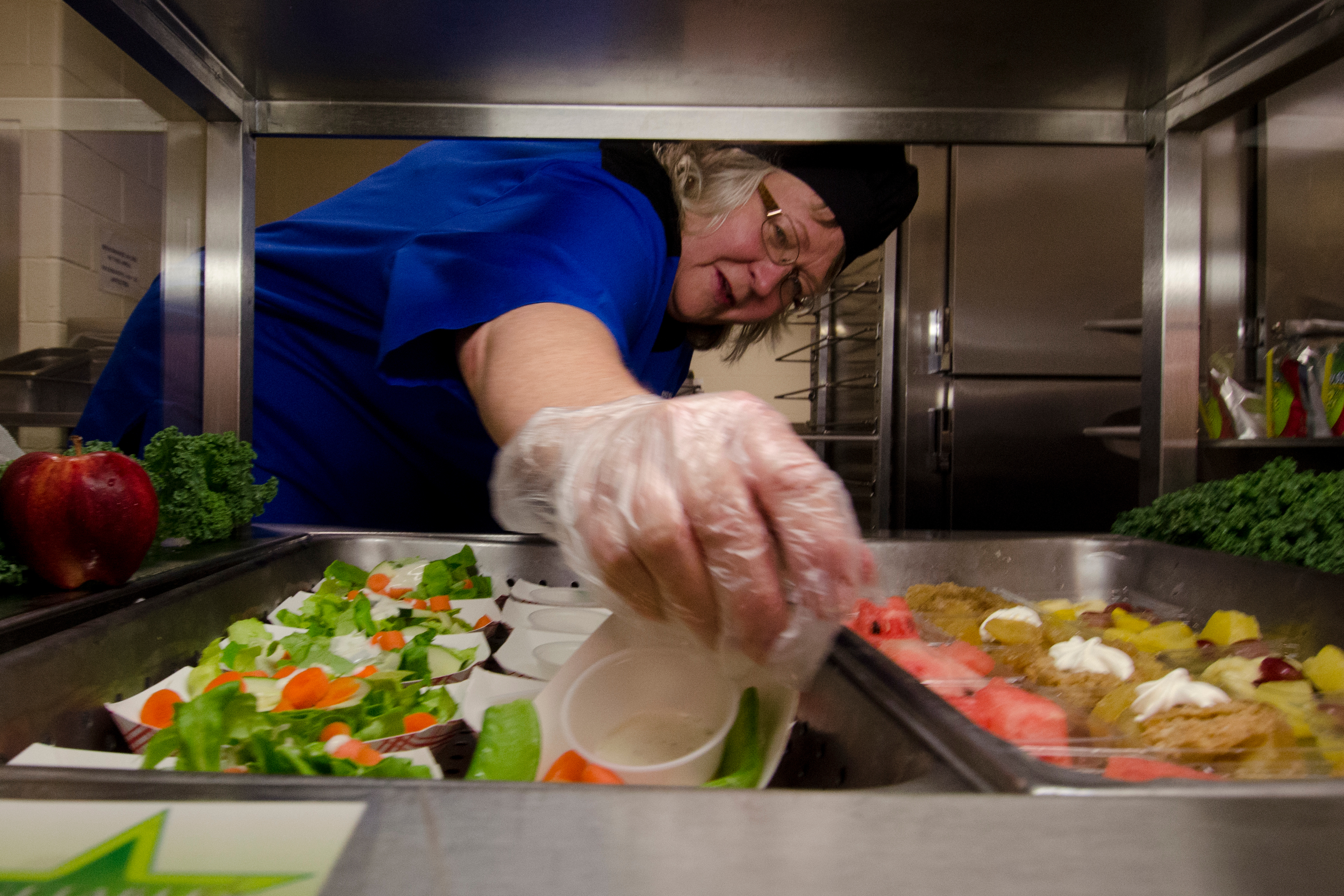 There's a food war waging in Washington, and school cafeterias are the battleground.

The U.S. House Appropriations Committee approved a proposal on a 31-18 vote last month that would give some schools a pass to temporarily suspend new healthy school lunch standards. As the measure speeds its way to the chamber floor, health advocates are calling on Congress to stop the provision.

"What's at stake here is our children's health," said Kristy Anderson, government relations manager for the American Heart Association. "We're seeing children develop hypertension, having to be referred to cardiologists at a very young age. All because of poor nutrition, obesity and physical inactivity."

The bill would allow schools to drop out for the next school year if their district lost revenue on meal programs during a six-month stint. It's expected to head to the House floor next week.

President Barack Obama indicated this week that he would veto the bill.

The School Nutrition Association, a group boasting 55,000 cafeteria staff members around the country, once a key cheerleader for the Obama administration's push for healthier lunch and breakfast standards, now stands as a powerful supporter of the waiver bill.

During an SNA press conference, Becky Domokos-Bays, the association's president-elect and director of school nutrition services in Alexandria City, Virgina said the organization just wants to buy a little time for schools to adjust to the new regs.

"We are seeking reasonable changes that would help students adjust to healthy changes on the menu, increase the number of children who benefit from school meals, and keep meal programs financially stable," she told reporters on a conference call.

The waiver issue has caused a rift in the school nutrition community. Nineteen former presidents of the SNA sent a public letter to congress asking them to reject the waiver proposal.

The about-face in SNA's support has raised suspicion among critics, who point to the group's food industry funding sources, and the huge profits at stake for cafeteria suppliers. About half of the organization's $10 million budget comes from industry sources, according to an analysis from Politico.

We will not be able to sell oven-baked chicken breast fillet sandwich with whole grain breading, served on a whole grain bun, because the sodium is a little too high to comply with sodium restrictions. But the regulations will allow us to sell diet soda and sugar-free gum. What kind of message is this sending to our students?

"I was not pleased recently with media that talked about how many of these requests we are making were partisan and made by industry," said Joannie Miller, director of child nutrition programs for Bogalusa City Schools in Louisiana. "I have called on industry for support, but this message that we're sending is coming from child nutrition."

The SNA says school lunch participation is dropping in some districts because students reject new adaptations like whole grain biscuits.

"I'm very frustrated at this point. We will not be able to sell oven-baked chicken breast fillet sandwich with whole grain breading, served on a whole grain bun, because the sodium is a little too high to comply with sodium restrictions," she said. "But the regulations will allow us to sell diet soda and sugar-free gum. What kind of message is this sending to our students?"

The USDA has reduced limits on servings of grains and proteins and requirements for whole-grain pasta will be dialed back in July.

The agency has pushed back against criticisms, saying participation has increased and contrary to the SNA's objections, food waste has not.

A recent Harvard study showed that the new regulations have significantly boosted fruit and vegetable consumption among kids.