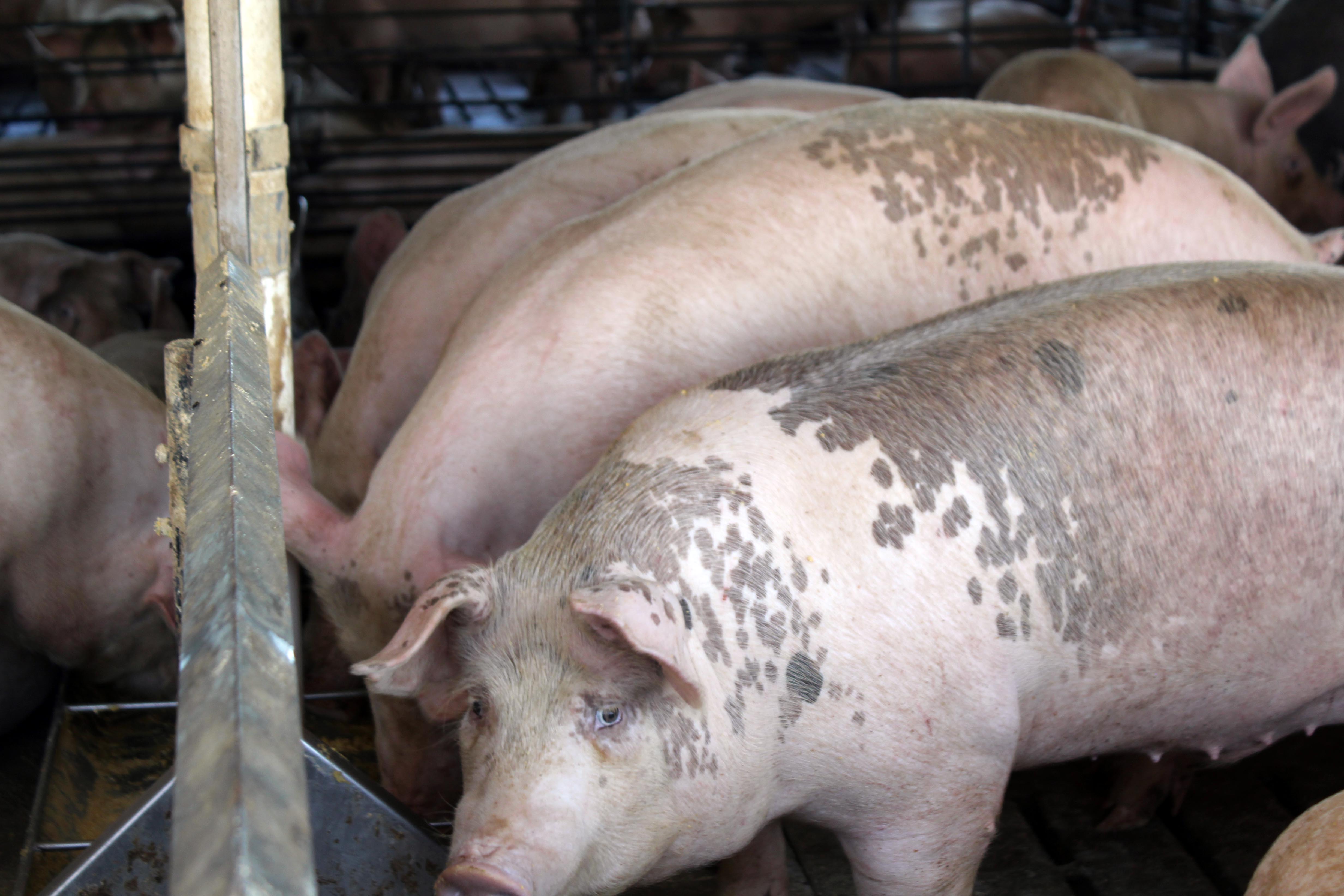 Bacteria containing a gene that confers resistance to an important class of antibiotics have been found at a swine farm in the U.S., raising the troubling concern that one of the last lines of defense against hard-to-fight infections may be failing.

The drugs, called carbapenems, are used to fight infections resistant to more-common medicines and are banned for use in livestock.

A team of researchers from Ohio State, however, found a carbapenem-resistant gene in samples collected from a U.S. pig farm. The researchers did not find evidence that antibiotic-resistant bacteria had entered the food supply. The study was published Monday in the journal Antimicrobial Agents and Chemotherapy.

The U.S. Centers for Disease Control and Prevention had already called carbapenem-resistance an "urgent threat" to human health that is responsible for about 600 deaths a year. Researchers had previously found in livestock resistance to another antibiotic considered among the last lines of defense against infections resistant to multiple drugs, called colistin.

As journalist Maryn McKenna points out, this is not the first discovery of genes resistant to this class of antibiotics in U.S. livestock. These findings may be more concerning, however, as these genes were found on a piece of DNA that can help spread resistance quickly, according to McKenna.

This research is merely the latest indication that some of the most important medicines doctors prescribe to fight infections are losing effectiveness.

The Obama Administration is calling on farmers to help turn the tide against antibiotic-resistant bacteria, sometimes called "superbugs." Antibiotics are used in many livestock feeding operations to treat sick animals, but some farmers also put antibiotics in feed or water to keep animals from getting sick or make them gain weight faster. Bacteria not killed by the medicines develop resistance to the drugs, which can then spread to humans, making antibiotics less effective at killing infections and putting lives at risk.

New rules meant to cut the use of antibiotics in livestock are set to go into effect on Jan. 1. Even then, however, farmers will still be allowed to dose livestock with certain antibiotics to prevent infection, leaving some public health advocates worried that little will change.