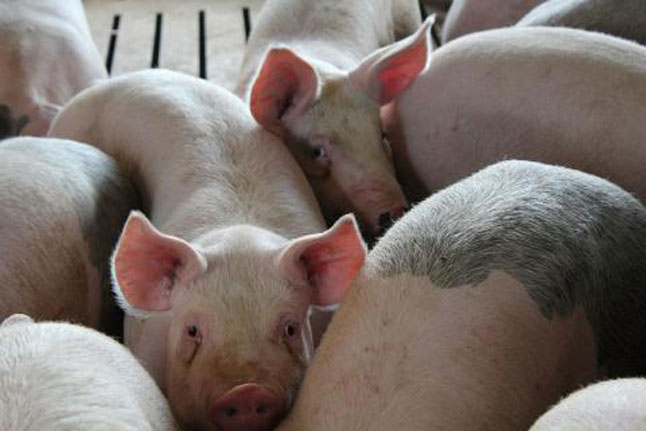 For years, the antibiotic colistin was known as the best chance to combatÂ antibiotic resistance. But journalist Maryn McKenna says there's bad news:Â researchers have discovered a geneÂ that confers resistance to the drug, and they've found it in livestock, meat sold in stores and even in humans.

As many asÂ 23,000 Americans already die every yearÂ as a result of contracting bacterial illness that have developed resistance to common antibiotics, according to the U.S. Centers for Disease Control and Prevention. As more and more bacteria develop resistance to more and more drugs, that number can only be expected to go up.

Here's what you should know about the frightening prospect of resistance to colistin:

McKenna says that the use of colistin dates back to the beginning of the antibiotic era in the 1940s but has remained largely unused because, in addition to killing bacteria it can have awful side effects for humans.

"It kind of remained this very last-ditch drug that you would only use if nothing else was working, if other drugs that you would use first were no longer effective because resistance to them had developed," McKenna says.

Now, colistin appears to be joining the ranks of the no-longer-effective.

Because colistin is an old drug, it has remained cheap to dose. That means it's relatively easy to use inÂ livestock productionÂ to allow animals to build muscle more quickly and be protected from infections when raised among hundreds, or thousands, of other animals.

Other countries, including the U.S., are likely searching for it, too.

McKenna says that infectious disease physicians already have patients for whom no antibiotics work. If resistance to antibiotics grows, relatively mundane procedures such as cesarean sections, hip replacements, or knee surgeries could become too risky.

"In the pre-antibiotic era, people died because they scratched themselves," says McKenna. "People were obsessed with cleanliness in our grandparent's time because there was nothing else to fix infections, and that might be where we're headed again."

"This is the drug that is the very last thing we had left," McKenna says. "People talk about our exiting the antibiotic era, about entering into a post-antibiotic world."