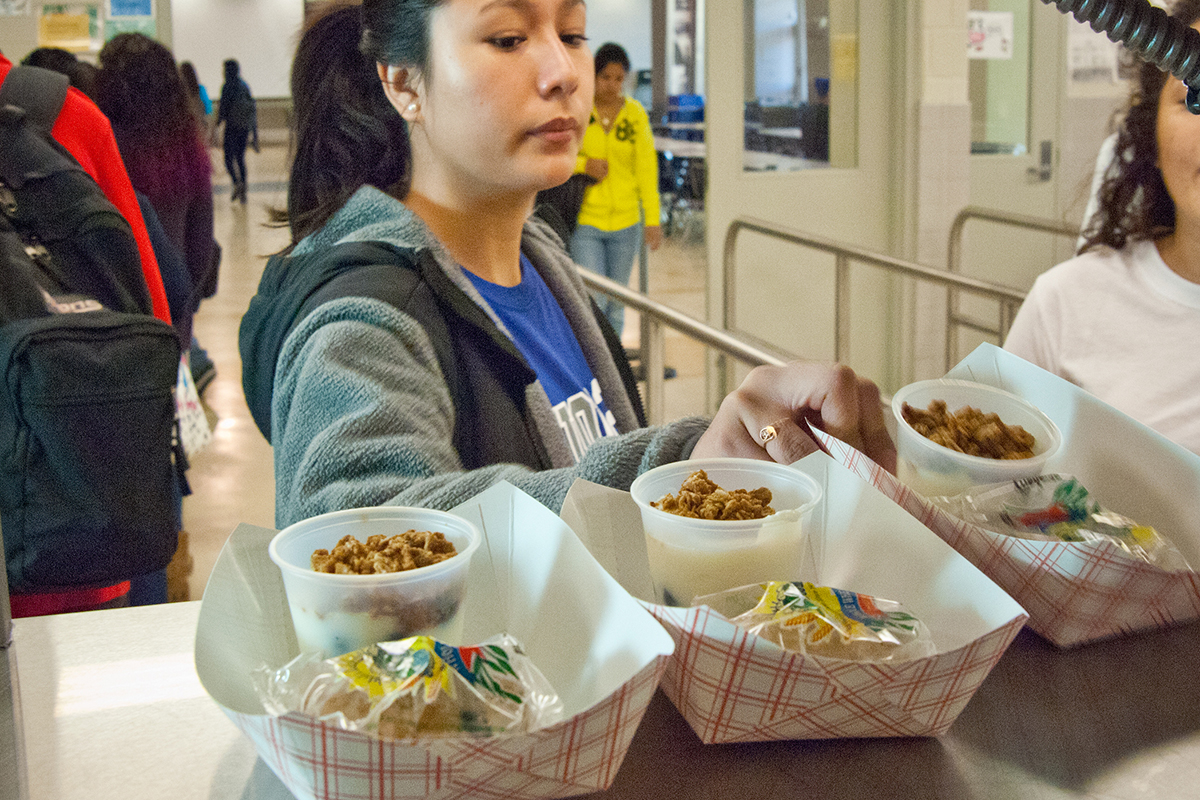 The anti-hunger advocacy group Food Research and Action Center said in its annual School Breakfast Scorecard that participation in school breakfast programs is up 1.2 percent in 2017-18 compared to the previous year.

The group wrote that about 12.5 million public school students each day eat breakfast at free or reduced rates.

A major reason for the program's growth is an expansion of the Obama-era program called the Community Eligibility Provision, which allows schools or districts where 40 percent of the student body directly qualifies for free meals via food stamps or other programs to offer those meals free to all students.

The CEP was a provision of the Healthy Hunger-Free Kids Act passed in 2010.

The school is reimbursed between about 30 cents to $1.75 per meal, depending on the percentage of low-income students.

The program makes breakfast for all students into a norm to help reduce stigma and bring federal dollars into schools in high poverty areas.

The U.S. Department of Agriculture says schools that use CEP allow 9.4 percent more students to eat breakfast than schools that don't participate.

Several studies have shown strong links between school breakfast and academic performance, as well as student behavior in school and mental health, particularly for adolescents.

West Virginia and New Mexico had the highest rates of participation in school breakfast programs, with 83.7 percent and 70.1 percent, respectively.

Hawaii and Utah had the lowest rates, each with less than 40 percent.