Raw Milk Controversy And The Case Of The Rawesome Three 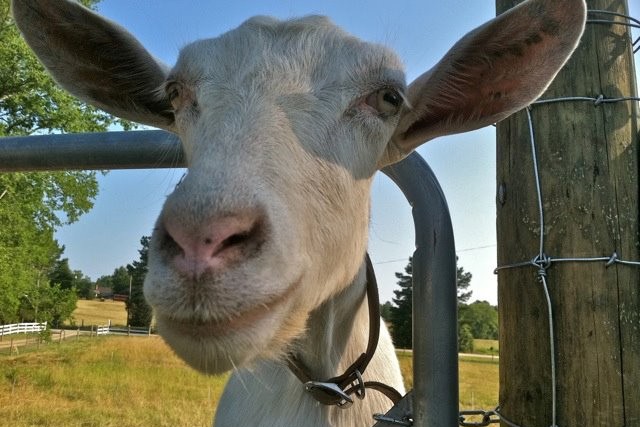 There was a whole sting operation that led up to it: hidden security cameras, undercover police recording covert buys, and (apparently) dozens of officers sent in to oversee the arrest.

They're being called the Rawesome Three: Sharon Palmer, Victoria Bloch and James Stewart were all arrested on Aug. 3. A total of thirteen charges were laid against them, six of which are felonies.

Palmer is the owner of Healthy Family Farms in Ventura County, CA. Bloch is her employee. Stewart is the owner of Rawesome, a health foods club in Venice, CA that sold raw milk products produced by Palmer and Bloch.

The raw dairy products were labelled as such. Consumers signed a waver alerting them to the risks of consuming unpasteurized milk before they could purchase any.

Raw Milk: The Good And The Bad

Proponents of raw milk argue that the pasteurization process kills the healthy bacteria it contains, in addition to altering its fat structure and negatively affecting its taste.

Opponents, however, say that unpasteurized milk can spread dangerous pathogens like e. coli, listeria and salmonella.

By most accounts the sale of raw milk to an informed and consenting clientele should be a relatively slight crime.

But the activity surrounding the trial of the Rawesome Three belies this notion. Everything from the SWAT-team style raids and arrests to the fact that bail for James Stewart was set for $121,000 -- reportedly higher than the narcotics dealers who were arraigned the same day.

"It may sound like overkill. But from the [government] agencies' perspective, they want to show they can do their version of a major case," says Loyola Law School professor Laurie Levenson.

"They don't want to lose it. That's why they went to the extreme measures of putting in surveillance cameras and doing undercover buys. From the use of resources, what they can say is they're saving human lives, so it's worth it."

The debate over raw milk has created some strange political bedfellows. By and large, Democrats have been proponents of strengthening food safety regulation, while Republicans and Libertarians stand with the co-op shoppers and raw-foodists in defending consumers' rights to raw milk.

The case of the Rawesome Three follows on the heels of the passing of the Food Safety Modernization Act, which was signed into law by President Obama in January 2011.

Proponents of the bill contend that its primary goal was to slow the spread of food-borne illnesses.

But opponents say that the bill's sweeping coverage paves the way for its agencies to micromanage what foods farms can grow and, by extension, what people can choose to eat.

These two opposing views have collided over raw milk.

Dairies that sell raw milk tend to be small farms that sell locally, and most claim to run much cleaner operations than the mega-farms that produce the milk sold in most supermarkets.

The FDA, on the other hand, argues that "raw milk can harbor dangerous microorganisms that can pose serious health risks[...]. According to the Centers for Disease Control and Prevention, more than 800 people in the United States have gotten sick from drinking raw milk or eating cheese made from raw milk since 1998."

The case of the Rawesome Three is shining a spotlight on an issue already being confronted by farmers and retailers throughout North America. Ontario farmer Michael Schmidt has been on hunger strike since September 29 in protest of Canada's federal ban on the sale of raw milk.

Earlier this year, the federal government took Rainbow Acres Farm, an Amish farm in Pennsylvania, to court to stop them from selling raw milk.

At the end of the day, this is not a debate regarding the benefits or risks of eating raw milk. It's about whether or not people have right to knowingly assume risk and consume the food they want.

As of October 28, the Rawesome Three have been released on bail. Their trial is scheduled for December 1, 2011.