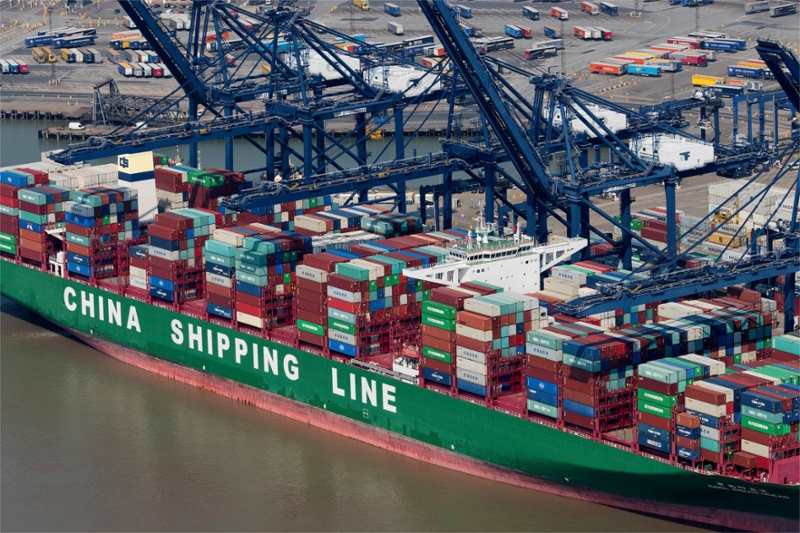 The U.S. said China will increase imports over the next two years by $200 billion compared to that of 2017, but China has not announced such numbers. (John Fielding/flickr)

On December 13, the White House announced the beginning of a much-awaited trade deal with China in the 11th hour before a new round of tariffs were to take effect.

The “phase one” agreement sidestepped $160 billion in tariffs slated to take effect last Sunday and lifts several other tariffs.

Details on how much and when have been thin and contradictory.

The White House has said the agreement would be signed in early January, but China said even those details are still under negotiation.

U.S. trade representative Robert Lighthizer told Meet the Press that the amount of agriculture products China has committed to buy is $40 to $50 billion between 2020 and 2021.

He also said in the second year of the deal, the U.S. would nearly double exports of goods to China.

But Tom Kehoe, an US Trade Representative, said the purchases would depend on market prices.

China did not announce specific numbers, saying only that it would “significantly increase” purchases based on “market forces” and World Trade Organization rules.

The White House fact sheet about the first phase of the agreement lists no numbers at all.

Many observers noted the stark differences in details between U.S. and China announcements on the deal.

The U.S. said the deal would end China’s pressure on foreign companies to transfer technology to domestic companies. China’s version omits any mention of this.

The announcement comes after a 19-month wrestling match between the U.S. and China over trade practices Trump said is unfair to American companies and workers.

The White House has imposed tariffs on China’s machinery, chemicals, food, clothing, and other industries.

China struck back by slashing purchases of American farm goods such as soybeans and pork.

Look Out: Some Chinese Thinkers Are Girding For A “Financial War” (Politico)