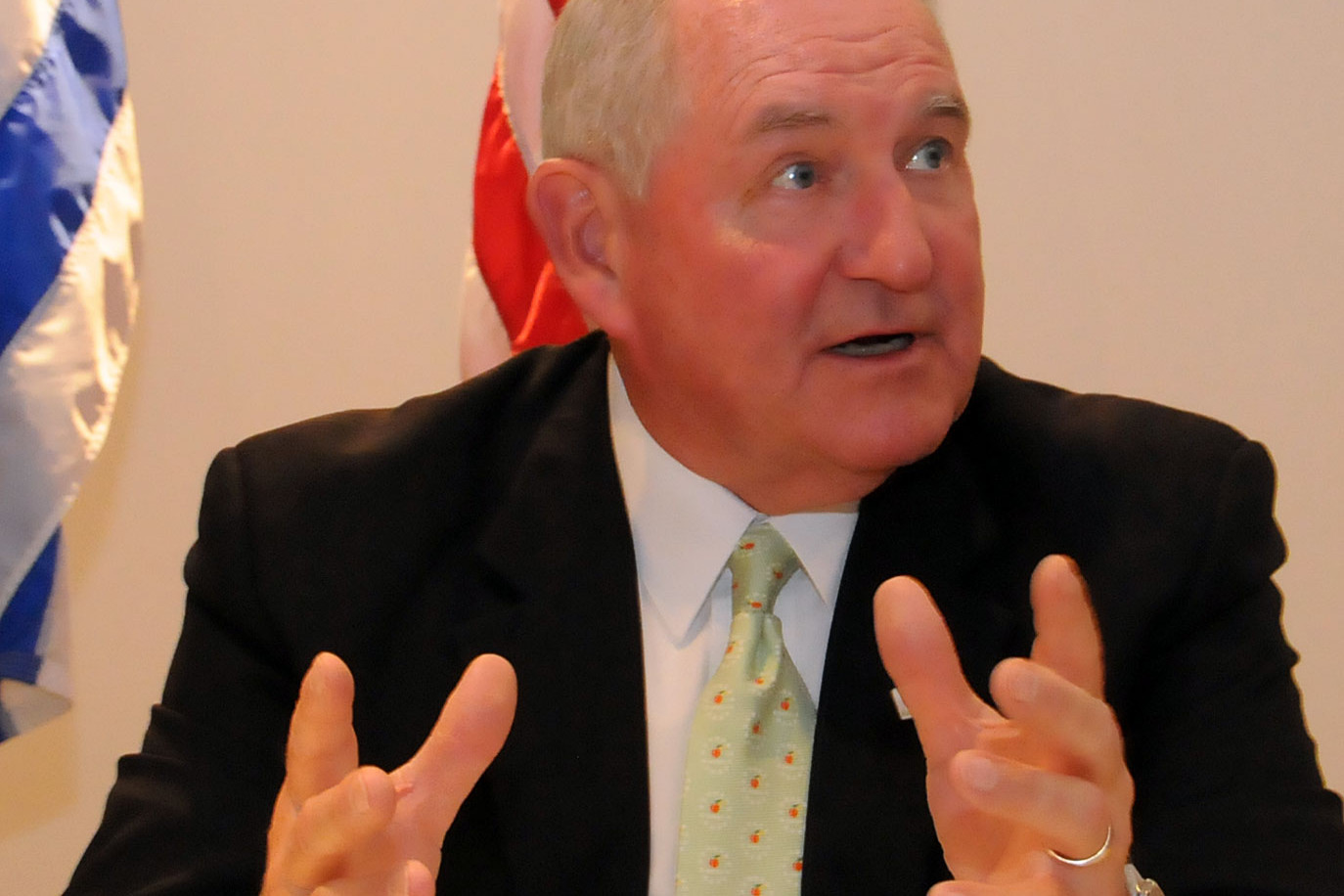 President's Trump's nominee for secretary of agriculture is a step closer to confirmation after he handed in paperwork to the Senate ethics committee and said he would place assets into a blind trust.

That is a step former Georgia Governor Sonny Perdue refused to take when he took the state office in 2003.

After long and mysterious delays, that move could finally clear the way for a confirmation hearing, though no schedule has been set.

His disclosures include plans to resign from his posts at agriculture industry groups National Grain and Feed Association, the Bipartisan Policy Center Governor's Council and the Georgia Agribusiness Council.

During his tenure as governor, Perdue faced numerous complaints to the state ethics commission, which found that he's broken ethics laws on two occasions.

Politico points out that Perdue's partner in shipping business, Heidi Green, who served in Georgia state government now has a post as a top adviser with the USDA, and will likely serve as is chief of staff.

Trump named Perdue as his pick for agriculture secretary one day before the inauguration in January.