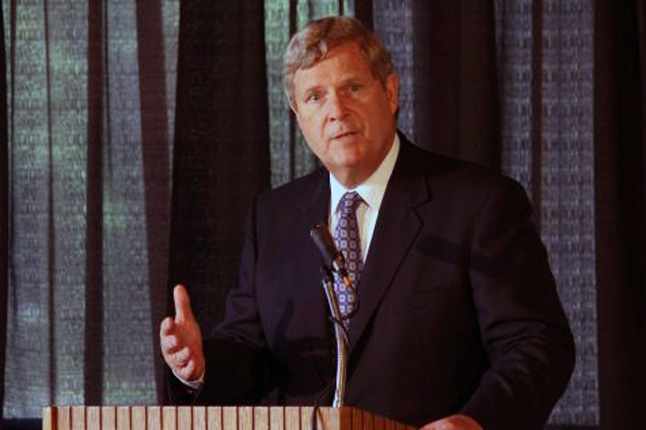 Controversial federal rules that would change the production of organic meat may not be finalized before President Barack Obama leaves office, leaving open the possibility that they may never go into effect.

In an effort to tighten animal welfare guidelines for organic producers, these rules mostly focus on livestock and poultry living conditions, veterinary health care practices on farms, and handling, transport and slaughter of livestock.

The U.S. Department of Agriculture, the agency that formed the rules, estimates the changes would cost the organic industry more than $13 million a year. President-elect Donald Trump will be sworn in on Jan. 20 and will usher in a new administration that has pledged to withdraw many Obama-era regulations. Some livestock industry lobbying groups have publicly hoped these rules will be among them.

"I'm hopeful that we get them done," says USDA Secretary Tom Vilsack. "I can't guarantee that they'll get done, but I'm hopeful they get done."

One new stipulation tells farmers how much space to give their chickens, as Harvest Public Media's Grant Gerlock reported in September 2016. The proposal also called for communal housing of hogs, as opposed to individual stalls, and the animals must have an area to root around, outside of a bare, concrete, slatted floor. Also, animals on organic farms would have to be able to go outdoors â€“ on dirt, not in so-called "poultry porches" â€“ when weather allows.

The USDA maintains that consumers are confused about what the organic seal stands for and what they can expect of products bearing the seal. And that the current organic standards leave room for lots of variation and inconsistency among organic livestock producers.

Some of the country's largest farm organizations â€“ the National Pork Producers Council, the National Cattlemen's Beef Association, and state chapters of the American Farm Bureau Federation â€“ vehemently oppose the changes, and are lobbying the incoming administration of president-elect Donald Trump to drop them.

Meanwhile, the country's largest organic trade groups, like the Organic Trade Association, are saying the updates to regulations are necessary to keep the organic label from being watered down. These rules, they say, should prevent producers from looking to the organic seal as a way to charge a premium for meat without making changes to their conventional farming practices.