A New (All-Natural) Weapon In The War On Bugs 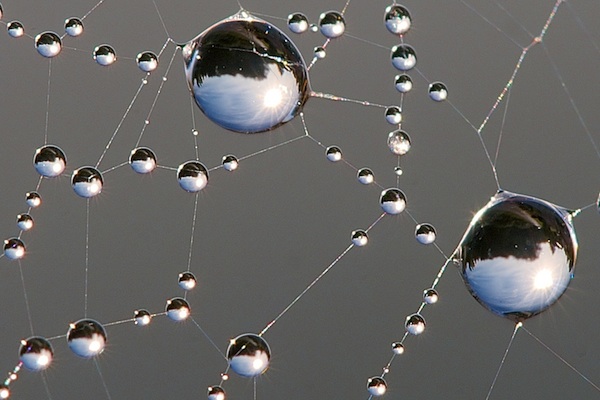 Everyone who's tried to garden without the use of industrial pesticides is well acquainted with just how difficult it can be to control veggie-munching bugs.

There's little worse for morale than watching weeks of hard work and attention slowly wither and die at the sap-sucking stylets of a multitude of tiny green aphids.

While the introduction of ladybugs and praying mantises into your plot certainly goes a long way towards saving your crops, sometimes you just want something a little more lethal.

An Eight-Legged Solution For A Six-Legged Problem

For all of those who'd like to tip the scales without compromising their commitment to green cultivation practices, there are good tidings from researchers at the University of Queensland, Australia.

It turns out that certain proteins in spider venom are not only extremely effective insect exterminators but they biodegrade relatively quickly as well.

In other words, we might be able to gain the upper hand in the bug war without polluting the air, water and soil around our gardens.

Unfortunately, â€˜milking' spiders for their fatal, natural serums is neither easy nor very productive, and it will take a few years to perfect a method for using bacteria as surrogate venom synthesizers.

We'll just have to make-do in the mean time -- and try not to cry when that squash plant dies again.