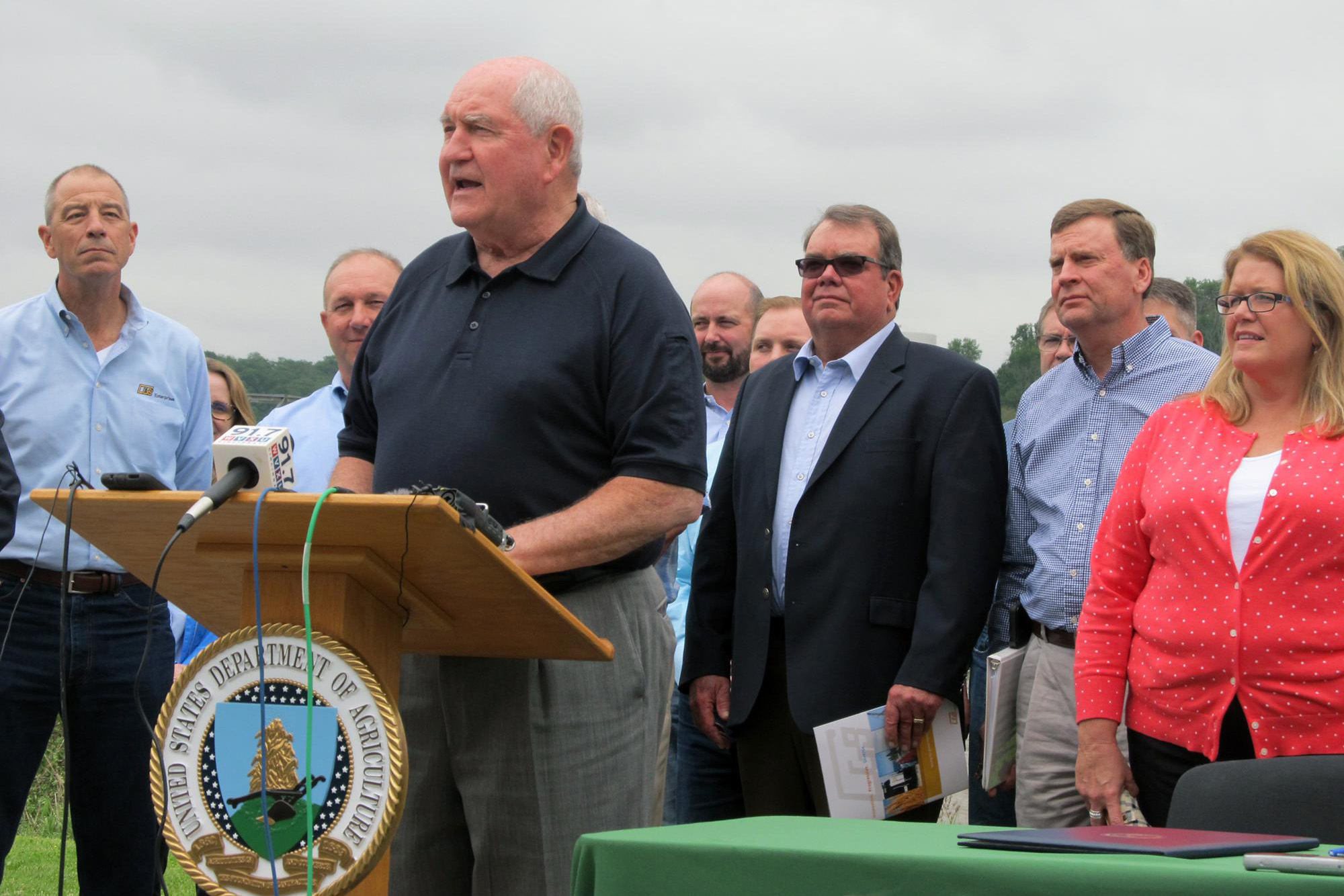 Advocates for rural issues are up in arms after U.S. Agriculture Secretary Sonny Perdue announced a plan that changes the position of a lieutenant that had been focused on rural issues in order to create one focused on trade.

USDA is limited in its number of undersecretaries. Creating a position focused on trade, which the agriculture industry maintains is vital to its economic growth, may force Perdue to scrap a current mission area.

While Perdue touted the change as an "elevation" of the departments focused on rural issues, rural advocates worry the focus on rural America emphasized in the presidential campaign may be slipping away.

Johnathan Hladik, with the Center for Rural Affairs, says the new plan would water down the programs aimed at spurring economic growth in rural areas.

Currently, the USDA's rural affairs offices oversee a diverse set of programs that support businesses and housing in rural areas.

In an initial budget outline, the Trump White House proposed a 21 percent cut to USDA's discretionary funding. While the organizational changes do not necessarily preview budget changes, rural advocates are worried.

"We think when you begin to diminish the specialties within rural development, when you begin to streamline it in a way that just cuts staff members, cuts dollars and makes it more efficient, you lose the ability to really respond to what is happening on the ground," Hladik says.

Perdue, however, said the organizational change will allow him to take personal ownership of rural programs and that they would "maintain the same structure and still have the same workforce out here in the states and at the USDA."

"The vitality of our small towns across our nation is critical to the future of the American economy," he said, "and we must always argue for the needs of rural America."