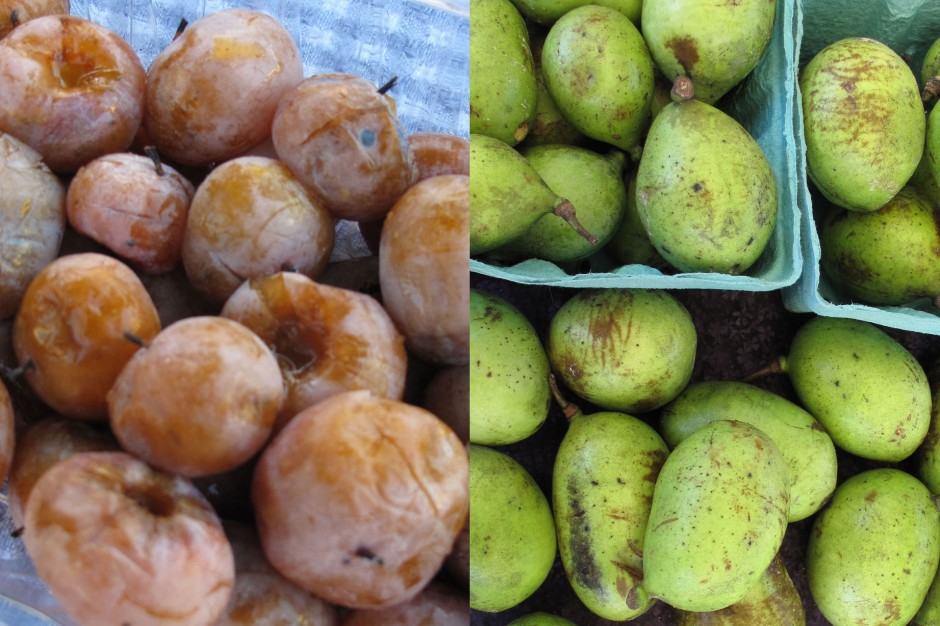 Fall Is So Delicious

If you could imagine crossing a banana with a mango, then you'd get a Paw Paw. When you slice into the light green skin, there are a half-dozen big black seeds in the middle of the creamy, custard-like yellow meat. Chef Daniel Orr says you can eat them out of hand or use them in the place of persimmon pulp or mashed banana in your cooking.Â This Paw Paw And Apple Salad won't make you sick with too much paw paws; it's just a great way to celebrate a native fruit.

Gary Paul Nabhan is the author of a number of books, including "Where Our Food Comes From" and he's also been called the Father of the Local Food Movement. But most importantly, he is an apple lover. "I love something called the â€˜Kandil Sinap,' which is a crisp, pale-fleshed apple that's sort of teardrop shaped. It's unlike any apple i've ever seen, and it just has a crispness and freshness kind of vanilla and cinnamon after-taste that are just stunning."

From paw paws and apples, and now to another Indiana fruit - persimmons. The ripe ones look like very small pumpkins. Unlike paw paws, you can collect persimmons well into November. That's because the trees ripen gradually so the fruit doesn't all fall at once. If you're lucky, you can collect fruit from one tree over six weeks. Tracy Branam talks about foraging for persimmons, and then we prepare a traditional recipe for persimmon bread pudding.