Pearls From The Lagoon: Meet The People, Eat Their Food 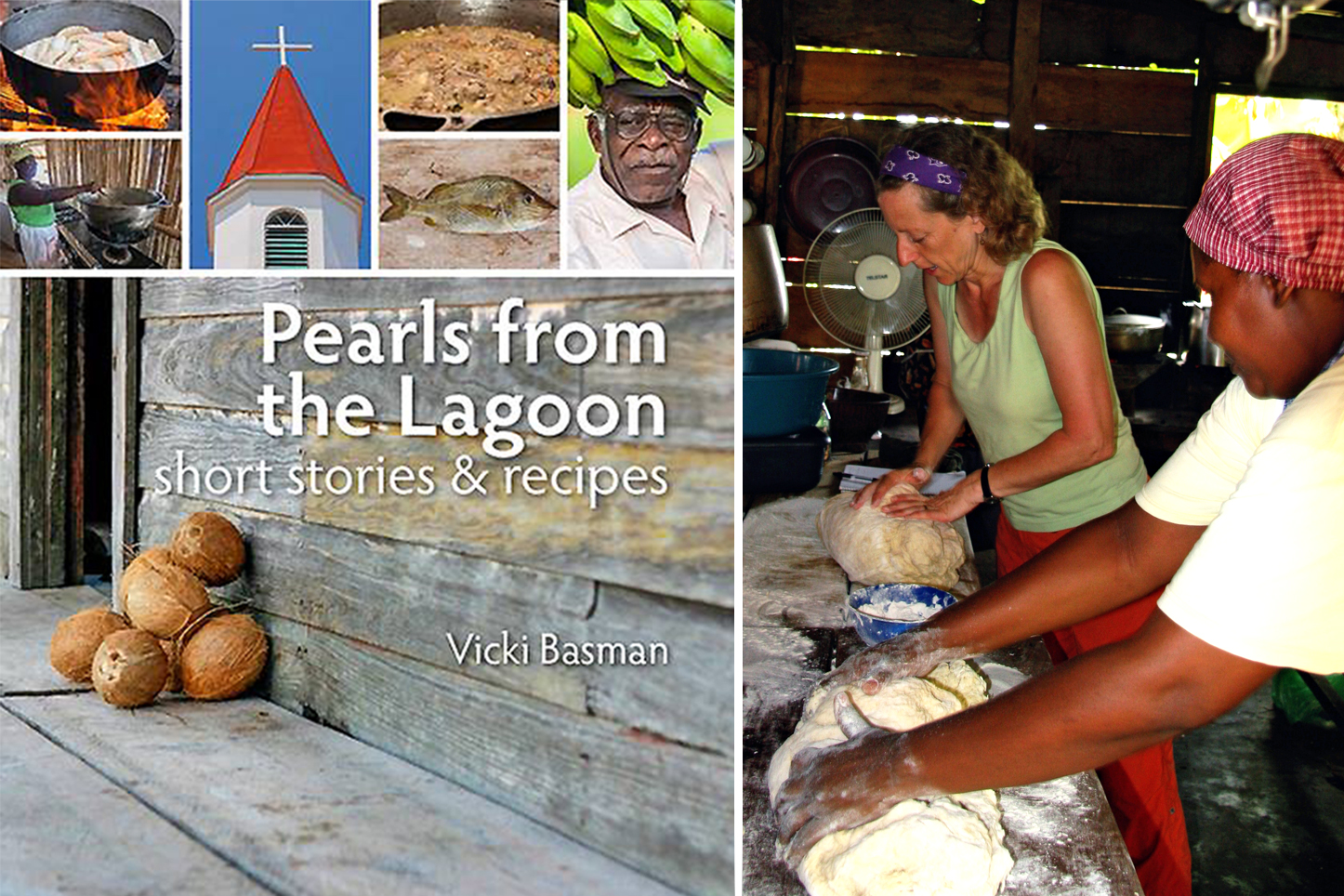 Vicki Basman first traveled to the Pearl Lagoon basin of Nicaragua eight years ago to teach sustainable tourism workshops. She fell in love with the people, culture and food of this isolated part of the Atlantic coast.Â She revisited Pearl Lagoon in 2008 to collect traditional recipes and stories. Five years later, her cookbookÂ Pearls From The Lagoon: Short Stories &Â RecipesÂ brings those local flavors to your kitchen.

"Here in this country, local food is the new way of thinking," she says. "Down there, they don't have a choice. That's all they have." And for them, local food equals shrimp, coconut and lobster.

Basman says it's not the recipes but the stories of her adventures that are the heart of her cookbook. "When you think of someone who is interpreting a resource, the good ones are storytellers," says Basman, who is alsoÂ the chief of interpretation for Indiana State Parks and Reservoirs.

Even though telling a good story was her goal, she wanted to be sure the recipes were correct. But recreating the dishes was a trick, because they don't use recipes or measuring instruments when cooking. Basman guessed at quantities and then tinkered with the recipes in her home kitchen. "One of my strongest sentences in the book is adjust to your own taste," she says. "That's what they did. That's what I had to do."

Keep The Trash In Those Johnnycakes

Coconuts grow in abundance in this area of the world, so the meat or milk isÂ included in nearly every dish, includingÂ Johnny Cakes.

They use a machete to roughly hack off the brown outer husk. Then they grate it into a large tub, creating a mash of the meat, milk and remaining shards of husk. A splash of water is added to the mash, and then they squeeze and squeeze and squeeze the mixture before pouring it over a strainer. The result is a light and delicious coconut milk.

The coconut parts left in the strainer are the trash -- Basman's favorite part! She saysÂ thanks to the bits of husk,Â the trash gives the johnnycakes a gritty, chewy texture that she loves.Â "It's different than the flaked coconut we buy at the store," she says.

More: The cookbook was co-sponsored by the U.S. Forest Service and the International Institute for Tropical Forestry. You can order a copy ofÂ Pearls From The Lagoon: Short Stories & RecipesÂ here.

All proceeds go to the people of Pearl Lagoon. Coming up in a few days, Vicki Basman will talk about her experience fishing for oysters, and she'll give us the recipe for the Pearl Lagoon's traditional oyster stew.