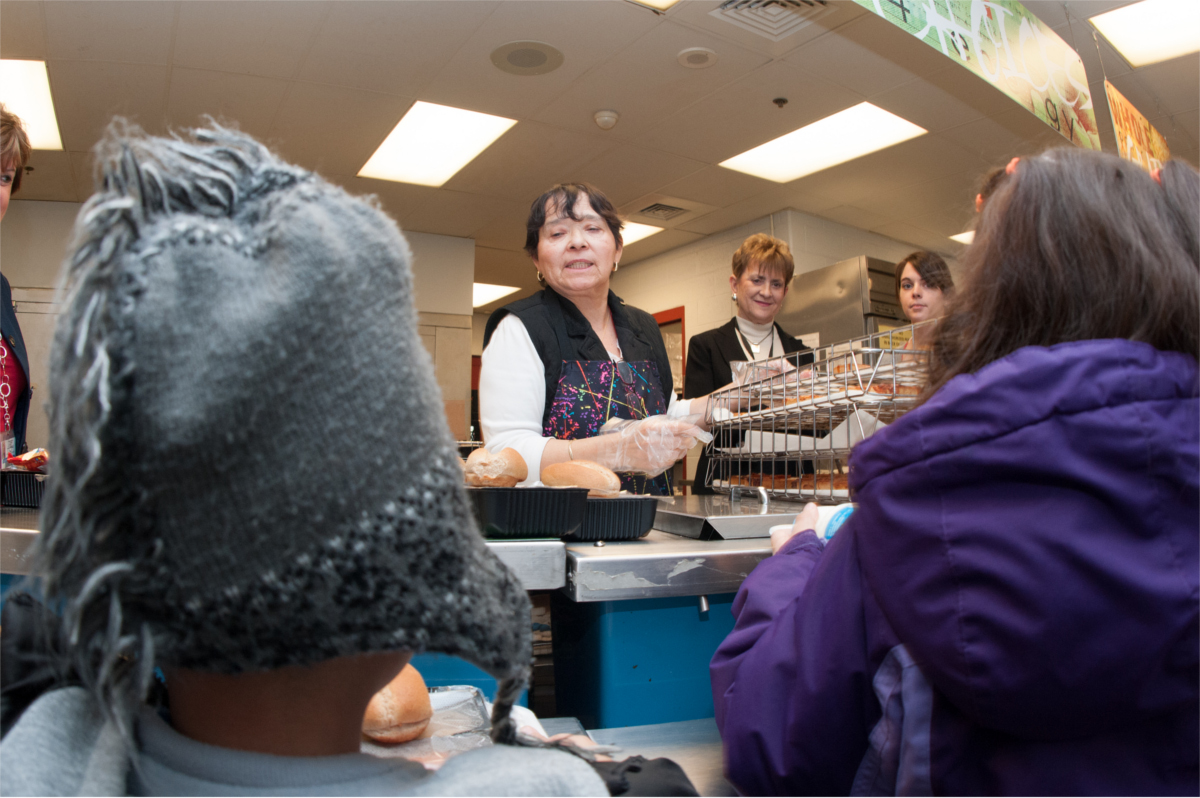 Schools across the country are struggling with increasing lunch debt. A survey of 1,500 school districts last year showed that the median amount of school lunch debt increased from $2,000 to $2,500 per school between 2016 and 2018.

Students from families with a household income below 130 percent of the federal poverty line, about $32,000, qualify for free lunch.Â Families with incomes below about $46,000 qualify for reduced lunch. According to the study from the School Nutrition Association (SNA), the number of students who could not pay for lunches increased last year in more than 40 percent of the districts.

Schools have taken a number of approaches to collect that debt. A 2014 study showed that 35 percent of schools took administrative actions like preventing students from attending homecoming or withholding diplomas from those who don't pay. Other schools stamp students' hands or give them cold meals instead of hot.

But with pushback against these "lunch-shaming" practices, tactics to pressure parents to pay off debt have shifted.

A school employee at a district in Durango, Colorado launched a Facebook fundraiser to pay for meals after a school announced it would only give partial lunches to students who owed money.

While schools can use federal reimbursements to pay for the operating costs of food service, they are not allowed to use federal money to pay lunch debts. But they can use the money to hire collection agencies.

According to the SNA, six percent of schools in the survey hired agencies to go after parents' unpaid bills. A school board in Shawnee Mission, Kansas voted this month to hire debt collectors to go after up to $18,000 in lunch debts. The district has about 27,000 students.

Many districts are groaning under the weight of unpaid lunch debt. In December last year, The Washington Post said parents in the Washington D.C. area owed a total of more than $500,000.Â Schools in Denver, Colorado saw lunch debts increase from $13,000 in 2016-17 to $356,000 last year.

Many news stories have blamed the end of lunch-shaming for the ballooning debt. But Keith Fiedler, who directs nutrition services in Oregon's Redmond School District, says that's only one factor. Others include rising food and labor costs, and the fact that the USDA's income guidelines for free lunch don't account for the high costs of living in many cities.