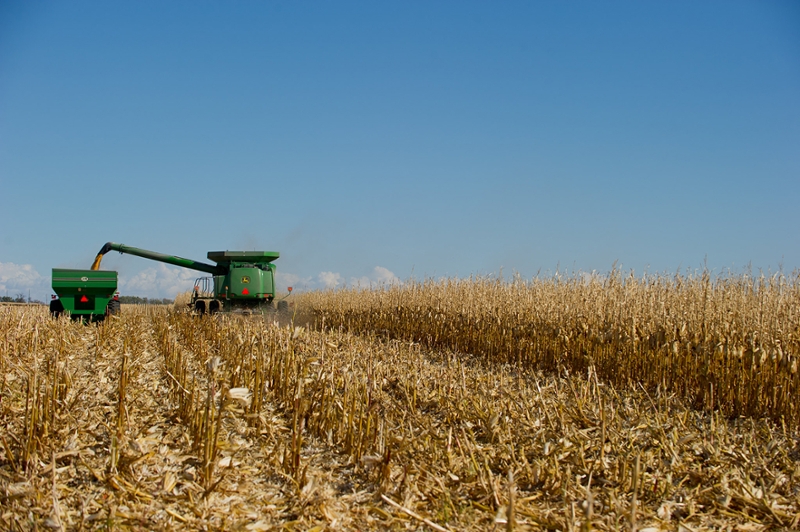 Seed genetics are proprietary, so it can be difficult for researchers to study the gene lineage of a particular crop. (United Soybean Board)

A new study from the University of Illinois finds that some corn varieties are more susceptible to rising ozone levels than others.


The researchers explored the genetic differences underlying those discrepancies. The results are published in the journal Global Change Biology.


One of the lead authors is U of I plant biologist Andrew Leakey. He says current levels of ozone are already harming corn crops, “My colleagues here have done previous studies showing that over the last few decades, corn farmers in the Midwest at the U.S. have probably lost about 5 to 10 percent of their productivity to ozone. That’s a very real number when you look at the size of the U.S. corn crop.”

Leakey says they don’t know whether the corn grown by farmers in the Midwest contains those genes -- since information about seed genetics is proprietary.

However, seed companies that are interested in creating varieties that are more likely to hold up against rising ozone could use the technique developed at the U of I to accomplish that goal.