An Inside Look At Organic Gardening, And Two Melon Desserts 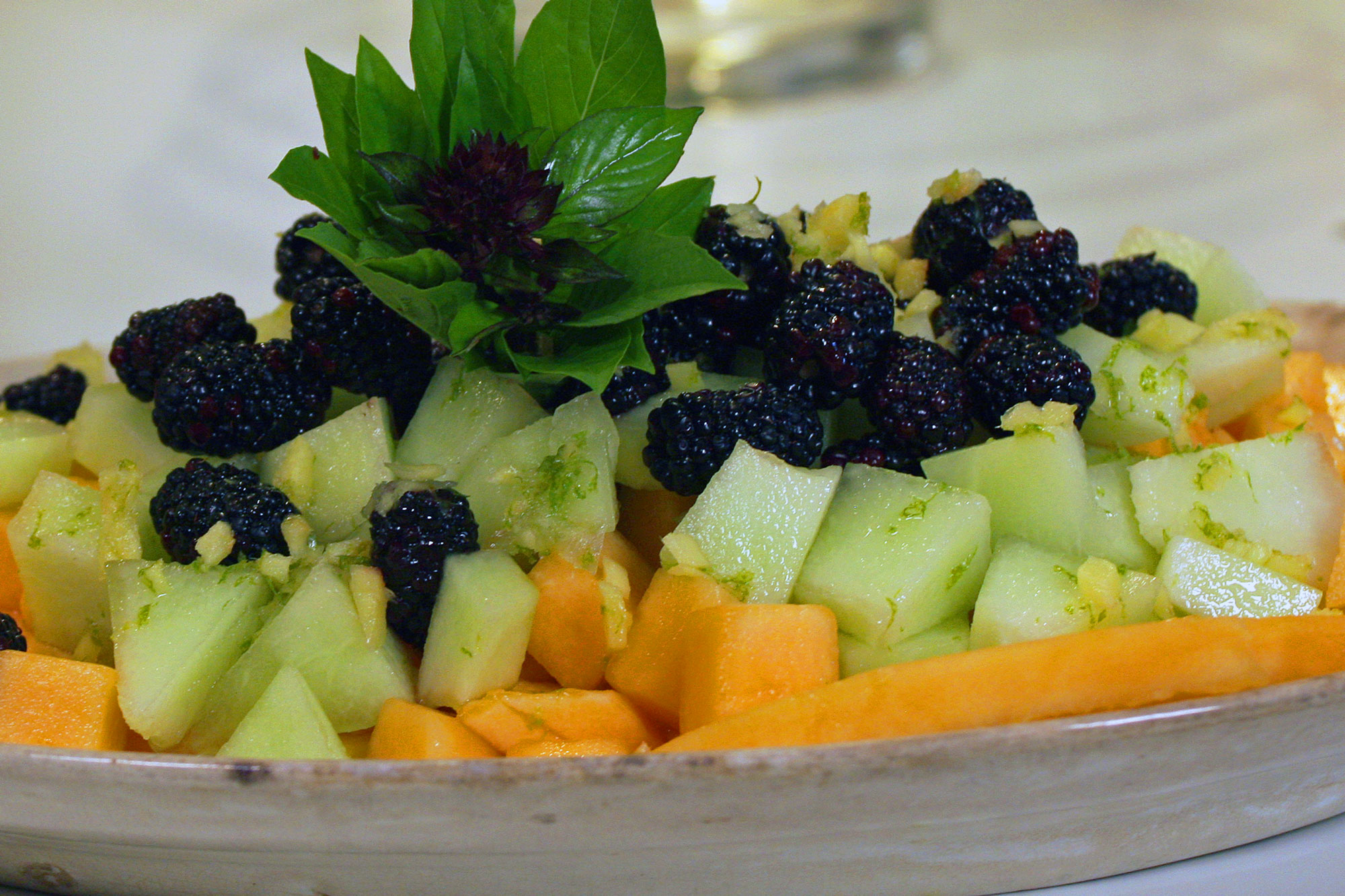 Splitting Our Time Between The Garden And The Kitchen

We're spending the majority of our time in the garden and the kitchen today, but first, we speak with school lunch crusader Sarah Wu.

After an unpleasant encounter with a bagel dog in the cafeteria of the school where she works in Chicago, Wu began a year-long project of eating the school lunch every day, photographing the meal and blogging about it -- under the anonymous pseudonym "Mrs. Q" -- at Fed Up With Lunch.

She has revealed her identity in conjunction with the release of her book.

Then, we get our hands dirty today. First, Stephanie Solomon, the Nutrition Education Program Coordinator for Mother Hubbard's Cupboard, talks about what it has taken to turn grassy parkland into a viable organic garden.

The process started at the beginning of the growing season in April and will last until early spring 2012 at which point they hope to start gardening with kids, because while growing food for the Bloomington, Indiana community is great, the organization's true passion is for education.

Stranger's Hill Organics is the oldest continually Certified Organic farm in Indiana, so they've been fighting the good fight for a long time: the war on weeds. According to Farm Manager Rachel Beyer, weeds are probably the biggest challenge to organic farmers.

Along with the farm's CSA Manager Ben Smith, we talk about the various organic techniques used to protect plants from "non-crop competitors."

We'll scrub our hands clean of all the dirt from working in the garden and move into the kitchen. The stars of our two recipes today are cantaloupe and honey dew. We may be reaching the end of peak melon season, but Chef Daniel Orr believes that's okay for our first recipe.

"If the melons aren't quite sweet enough," he says, "the syrup will actually make them taste better than they actually are."

Then, for those folks who don't enjoy heavy cakes and chocolate for dessert, the Melon Lime Soup will hit the spot.