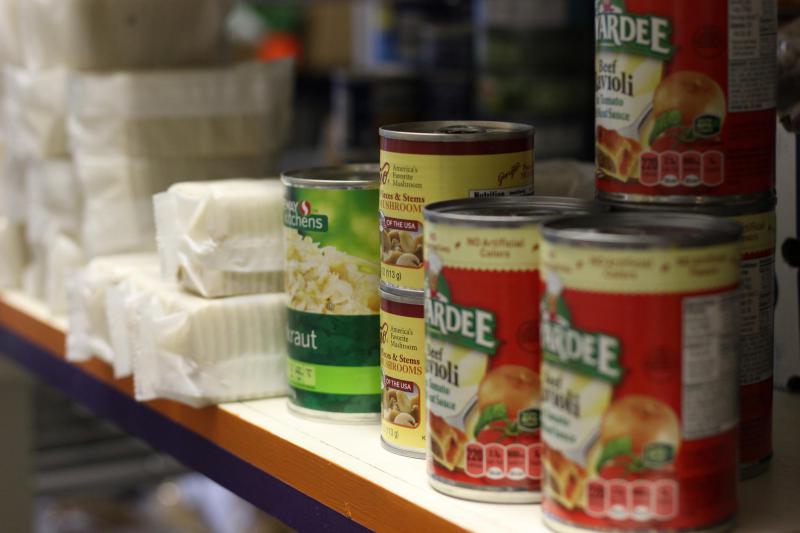 The number of families experiencing food insecurity has hit a record due to the pandemic, and Black and Hispanic families are disproportionately affected.

A new study from Northwestern University, based on Census Bureau data, shows that 40% of Black households and 36% of Hispanic households are struggling to afford food. Meanwhile, about 22% of white households are reporting food insecurity.

“We’re seeing right now that food insecurity is higher than we’ve ever seen it before,” says Diane Whitmore Schanzenbach, Director of the Institute for Policy Research, which conducted the study. “But we’re also seeing the depths of the recession we’re in right now is much worse than anything we’ve seen before.”

Historically, there have been racial discrepancies in families reporting food insecurity. According to Schanzenbach, though, these numbers have spiked to levels never seen before and are undoubtedly linked to the coronavirus pandemic.

“This is something that we would predict based on the increase in unemployment, the loss of free and reduced-price school meals that kids usually have access to,” she says.

Schanzenbach says this research highlights the need for an increase in support for federally-funded food benefit programs, such as the Supplemental Nutrition Assistance Program (SNAP), formerly known as food stamps, and the Pandemic Electronic Benefit Transfer (P-EBT), which provides money to students who have temporarily lost access to free or reduced-price schools meals.

She says while these programs have been boosted during the pandemic, the same level of support is needed for the foreseeable future. She says she’s petitioning Congress to increase SNAP benefits by 15%.

“They did that during the Great Recession, and what we learned was not only was it effective for helping families combat food insecurity… but it also helped stimulate the economy,” Schanzenbach says. “We would sure like to see Congress do it again."