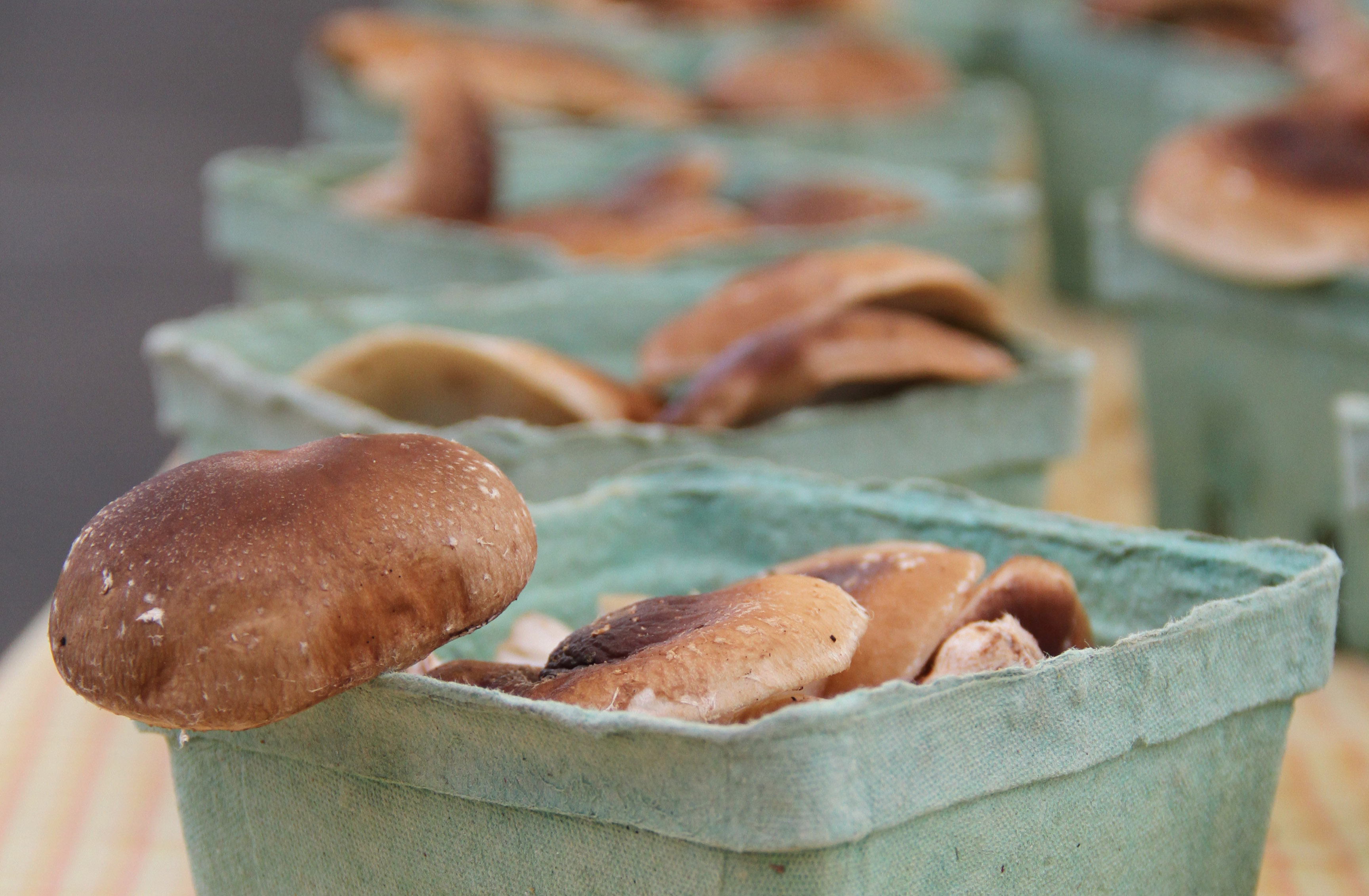 This week in our show, no foraging necessary!

Seaweed is riding a wave of media coverage, and seems to be taking the foodie world by storm. The cold-water crop gets high marks for sustainability and nutrition. In New England, state agencies and entrepreneurs looking for new markets are turning to seaweed aquaculture. The domestic market is still in the seeding stage, so despite recent buzz, just how much U.S. demand there will be for kelp and other sea vegetables remains to be seen.

Then, cultivated mushrooms are fruiting at Brown County Fungus Farm. Alan Barker grows Pearl, Blue, Golden and King Oyster Mushrooms. He started off as a hobbyist, and turned it into a business about five years ago. "Virtually anybody who wants to take the time to do the reading and learn about the mushroom life cycle and what they need will be able to produce fruits in their house that they would be able to eat," he says.

Then Daniel Orr takes some of the big, beautiful King Oysters and throws them under the broiler. Pair them with wild rice and mound it all into Napa cabbage leaves for a vegetarian entree.

Also featured on the program, Jana Wilson on what to expect when you're expecting... chickens. "The hard truth is that there are very few vets that know very much about poultry. So, what happens is you have to become your own vet," she says. She also helps beginners understand when and for how long hens will lay eggs.

Then, some farmers and ranchers say they don’t know enough about how a board tasked with promoting beef is spending their money. Harvest Public Media reports on a federal program that has ballooned into a billion-dollar cash cow for big ranchers and multinational meatpackers.

The check-off is administrated by the Cattlemen’s Beef Promotion and Research Board, a network of 45 state-based boards and councils that collects the money to promote the beef industry.

Kelp Is On The Way

Kelp and other seaweeds are poised to become the nation's next trendy superfood, and more farms could bring big benefits to coastal environments.

Undocumented immigrants make up a significant portion of the country’s agricultural workforce. A crackdown on immigrant workers could put farms at-risk, and agricultural trade groups are taking precautions.