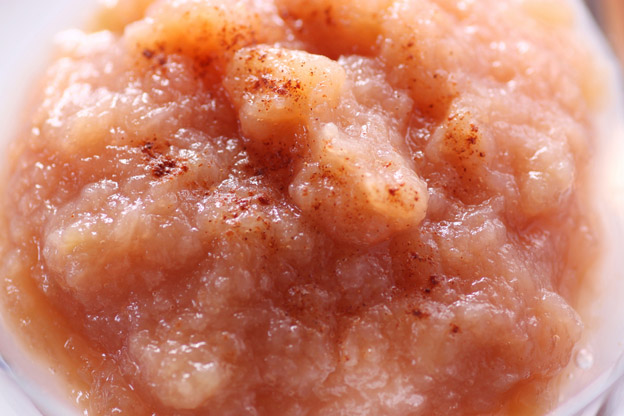 Applesauce lovers avert your eyes -- a Washington state fruit producer has been repackaging moldy applesauce and selling it for human consumption.

The U.S. Food and Drug Administration has been investigating Snokist Growers since early 2008. The final blow to the company, however, happened in June.

Nine children in North Carolina became ill after consuming tainted Snokist applesauce in their school lunch. The event prompted the FDA to investigate, where they found bags of fruit that were supposed to be sealed and instead contained various varieties of mold.

It's unclear if the repackaged applesauce made it to school lunch after the June inspection.

Snokist defended the repackaging, stating they treat products before reselling.

The FDA argues their internal tests are not good enough, and bacteria still gets through.