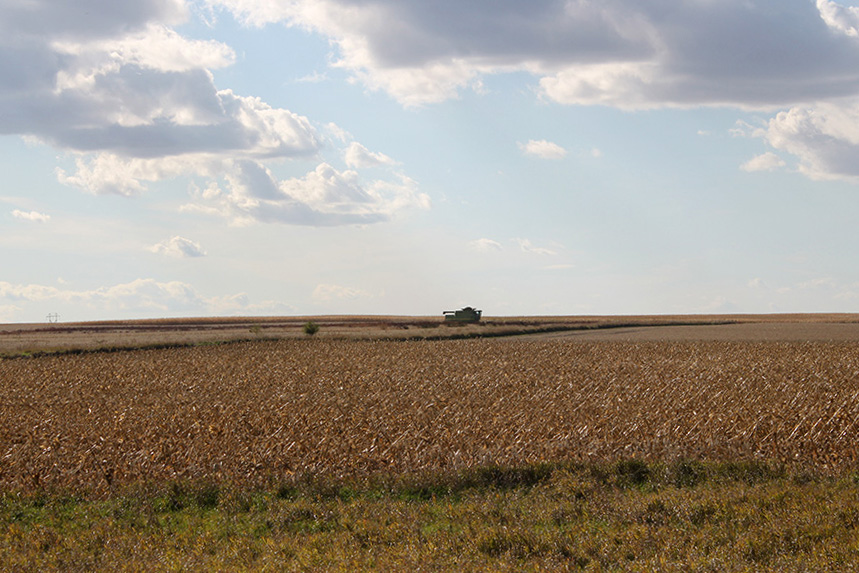 The Missouri Department of Agriculture announced a temporary ban on the sale of agricultural products containing the pesticide dicamba on Friday, following a similar step by regulators in Arkansas.

Dicamba, a popular weedkiller, is suspected in the damage of tens of thousands of farm acres primarily in Arkansas, but also in southeast Missouri and in neighboring states. After farmers sprayed the chemical on their fields -- sometimes with illegal and outdated versions -- the pesticide allegedly drifted over to neighboring farmland, destroying crops.

More than 130 complaints about drift damage have been filed in Missouri this year, according to the state's Agriculture Department.

Missouri-based agrichemical giant Monsanto created soybean and cotton plants that were genetically engineered to tolerate dicamba, meaning farmers could plant these crops and spray their fields with the chemical, leaving weeds dead but their prized plants safe.

The dicamba debate is especially important today, given that many farmers are worried about the march of a devastating weed called pigweed, or Palmer amaranth. In some areas, Palmer amaranth has developed resistance to some of the most commonly used herbicides. Farmers may, however, be able to use dicamba to cut it down.

Pesticide drift, as it is known, has come to the forefront of agricultural issues as many farmers use different concoctions of chemicals to ensure a strong harvest. Commodity prices are low and farmers are trying to get the strongest yields they can this year. The uptick in organic farms popping up next to neighboring conventional farms has become more prevalent, too. When pesticides are misapplied and drift occurs, it can destroy a conventional or an organic harvest.

With the Missouri order, state Agriculture Director Chris Chinn said all sales and use of dicamba products for agriculture are to stop until the makers of the products and farmers can come up with an application strategy. She said the goal is to get the products back in use as early as this growing season. After that process is finalized, she said a special label will be produced for the products.

After the surge of drift damage complaints, Missouri Gov. Eric Greitens signed a bill into law this year that hits pesticide applicators with stricter penalties of up to $10,000 for misuse and upwards of $25,000 for repeat offenders.