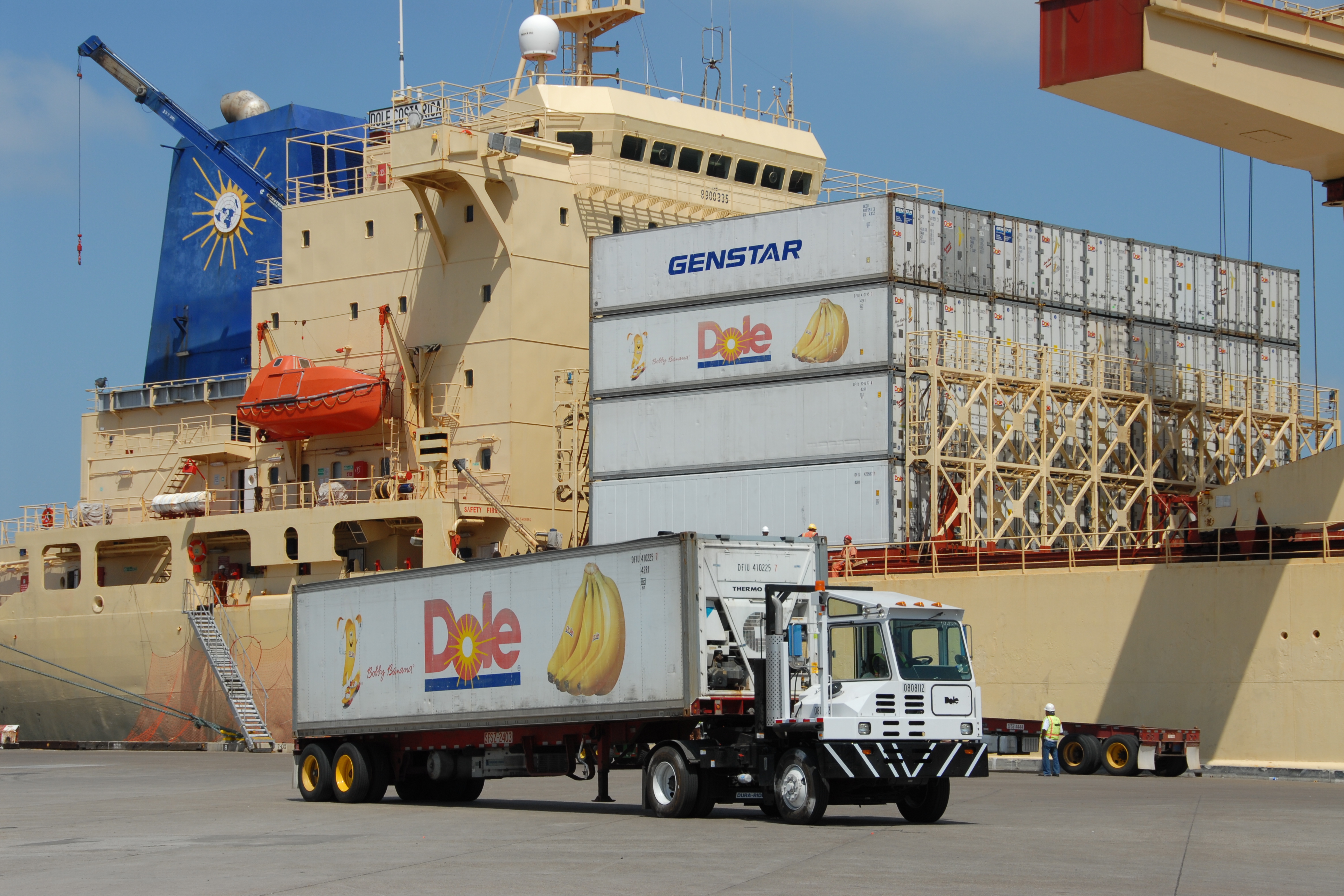 The landscape of the global banana industry, a critical source of income for some of the world's poorest nations, is changing fast. In the 1980s, three big multinational titans controlled 65 percent of the market. But Chiquita, Dole and Del Monte ruled just 37 percent of the world's exports in 2013, according to a new report from the United Nations Food and Agriculture Organization.

That's still a lot of fruit salad, with a total of 18.3 million tons of banana traffic in 2012. And the top bananas still wield plenty of might. The FAO report was released on the heels of Chiquita's merger with Irish company Fyffes, one of Europe's biggest suppliers, making them the biggest boss with 18.7 percent of the field.

But new buyers have been popping up, and some are getting direct shipments from producers via new, cheaper and more efficient freight technology. That cuts out the middle of the supply chain, even as the big barons shift their focus from ground-level production to shipping, ripening and marketing.

The change has cleared the way for smaller producers and developing countries to gain a toehold, mostly to feed the European market.

"The top 3 companies still control most of the exports to the US," said FAO Economist Ekaterina Krivonos. "The big retailers in Europe and Russia, on the other hand, are now buying directly at the source."

Kaison Chang, secretary of the FAO's Intergovernmental Group on Bananas and Tropical Fruits, said many of the recent trends stem from changes at the consumer level.

"Mainly because of the special banana products that are coming onto the market, such as fair trade and organic bananas, as well as the fact that more countries are importing bananas in larger quantities."

According to FAO figures, bananas are the fourth most important crop in the world for developing countries. Bananas account for more than 60 percent of Ecuador's agricultural GDP, for example.

But with great opportunity comes great challenges, and Chang said new players have to be prepared for fierce competition.

"Smallholders need to organize into larger producer organizations or cooperatives to improve their bargaining power," he said.

And the ability to sell directly to supermarkets doesn't automatically mean producers get a bigger piece of the profits.

"In a way you could say that the market power simply shifted from multinationals to retailers," Ekaterina Krivonos said.

Organic production may be good for the minimizing of the spread of Panama Disease, but really the answer lies in getting new genetic material resistant to the disease, probably from wild banana varieties.

There's another looming factor that could change the banana landscape â€“ a devastating blight with no clear cure in sight. The overwhelming majority of supermarket bananas are of the shipping-friendly Cavendish variety.

But monoculture means vulnerability, and since the mid-1980s a virulent fungus called Tropical Race 4 of Panama Disease has been swinging from country to country, recently striking 7 million plants in Mozambique.

That has some scientists wondering about the possible development of a resistant strain by through genetic engineering.

Kaison Chang sees an emerging role for the newly empowered organic producers, but stresses that it's still critical to find viable solutions for the dominant Cavendish crops.

"Organic production may be good for the minimizing of the spread of Panama Disease, but really the answer lies in getting new genetic material resistant to the disease, probably from wild banana varieties."