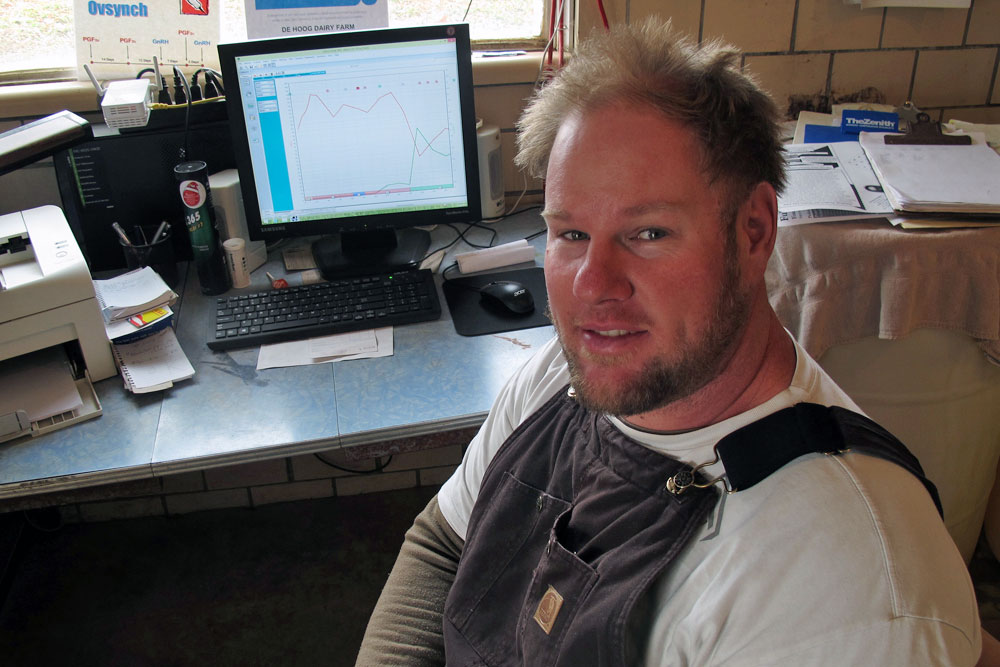 As drought, feed costs, and urban development wear on West Coast milk producers, states like Nebraska, Kansas and Iowa are pitching themselves as a dairy heaven. Even in California, the nation's No. 1 dairy state, many dairy farmers are listening.

For the Midwest, an influx of dairies isn't just about milk. It's about pumping dollars into the rural economy.

"Dairymen in California are being surrounded by population, the price of land or development is high and so they're really kind of landlocked," said Willow Holoubek, executive director of AFAN, the Alliance for the Future of Agriculture in Nebraska.

Holoubek is one of Nebraska's primary dairy recruiters. Like agriculture officials from other Midwest states, Holoubek has been going to big farm shows like the World Ag Expo in Tulare, Calif., pitching Nebraska as a dairy destination.

"We have ample land," Holoubek said she tells dairy farmers. "We have ample clean water because we live above an underground lake called the aquifer. That also means we have a very stable feed supply."

The thought of moving somewhere with lots of available water and open spaces gets the attention of dairy farmers like Marty DeHoog.

As he walked through one of his barns near the town of Seward, DeHoog seemed to know each one of the black and white Holsteins by the number on its yellow ear tag.

DeHoog is a third-generation dairy producer from the Chino Valley east of Los Angeles. His grandfather immigrated to California from the Netherlands. Over 70 years, his family built a dairy business in what he says was once one of the most dairy-rich areas in the country.

So why would he uproot his family to move halfway across the U.S.? A big reason is the valley that used to be dairy-country is quickly becoming part of the city.

"Now within a mile there's brand new housing tracts and they're putting in seven or eight houses per acre," DeHoog said. "It's the only piece of open dirt available to build on between L.A. and Barstow, pretty much."

One buddy went to Idaho. A couple other dairymen from northern California went to South Dakota, Iowa. They went a lot of places. I came to Nebraska and I didn't know nobody.

Being crowded by urbanization create challenges. Feed for the animals has to be shipped in, making it more expensive. Manure has to be trucked out, sometimes up to 70 miles, so it can be spread on farm fields as fertilizer.

DeHoog started shopping around for a new home. He looked at Idaho, Texas, and Colorado but eventually settled on Nebraska.

DeHoog is renting the dairy near Seward right now. After the family property is sold in California he wants to build a new farm, and that would mark a big economic investment for Nebraska says Jeff Keown, a retired dairy specialist with the University of Nebraska-Lincoln.

"Just in construction costs of building a new dairy, which would go right into the local community, we're talking about $5,000 to $7,000 per cow," Keown said.

For example, it would take $14-15 million to build a new, 2,000 cow dairy. And a dairy that size takes about 20 full time workers, which Keown points out is often more employees than a Main Street business in town.

With that kind of economic boost on the line, it's no wonder Nebraska has to compete with neighbors like South Dakota, Kansas, and Iowa on the dairy recruiting trail.

That doesn't mean California should worry about the Midwest poaching away its dairy industry. It's still the top dairy state. But Marty DeHoog says, for him, Nebraska was a good move.

One drawback of moving is that he was surrounded by dairies in California. Now he feels a little isolated.

"One buddy went to Idaho. A couple other dairymen from northern California went to South Dakota, Iowa. They went a lot of places. I came to Nebraska and I didn't know nobody," DeHoog said.

The state is hoping that if their recruiting plan works, he won't stay lonely for long.

This story was reported in partnership with Valley Public Radio in Fresno, Calif.