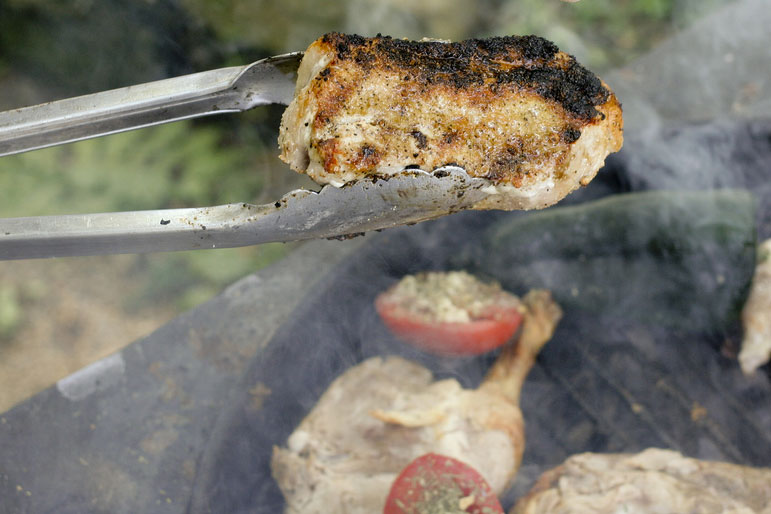 One of the great things about eating a barbecue is sinking your teeth through that crisp, salty, fatty crust on the outside of the meat and getting into the succulent, moist interior.

Chef Daniel Orr has bellied up to his grill for a few recipes for this Memorial Day weekend. In addition to cooking up some local meat, he'll be making his father's hobo potatoes recipe right in the coals.

We also have two non-alcoholic drinks that are great for anyone looking to wet their whistle. We use lavender and sage plucked fresh from the garden.

For post-cookout treats, we're preparing two recipes for rhubarb compote, one sweet and one savory.

Reporting from Iowa's farmland is Sarah McCammon of Harvest Public Media. Across the Corn Belt, the planting season is off to a roaring start. And with farmers expected to put in more acres of corn than they have since the Great Depression, this fall's harvest could be one for the record books.

Then we speak with two authors who hope to encourage you to play with your food with their new food picture book "Funny Food."

And, starting a new farming cooperative in Bloomington, Indiana has involved quite a bit of work for the folks of Dandelion Village, from clearing the land, to testing for chemicals, to deciding which plants will thrive in southern Indiana's clay-based soils. Leigh Bush met with the co-founder Danny Weddle to find out how they're making it happen.