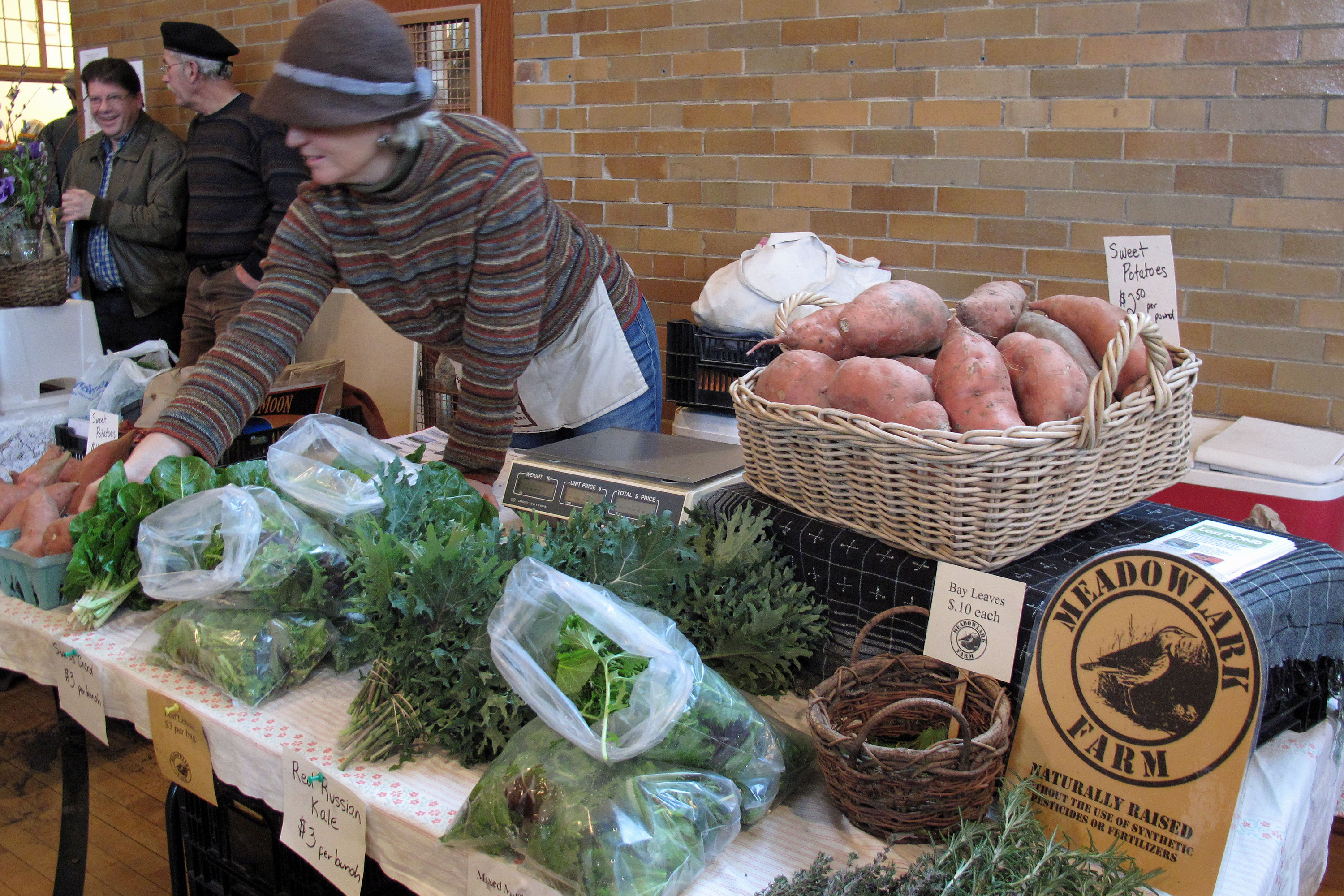 Marcia Veldman of Meadowlark Farm started off growing food for herself, "and we just enjoyed it so much and just started growing more and more." She now sells food at the Winter Farmers Market in Bloomington, Indiana. Today, she's offering sweet potatoes, herbs and leafy greens like Swiss chard and mixed mustard greens.

It seems as though Veldman has made personal connections with many of her customers. What could be a quick business transaction inevitably turns into a friendly conversation.

"I know a lot of the folks who come through the winter market," she says, "but this year has been great. We're seeing a lot of new faces."

She grows her food in raised beds in a passive solar greenhouse, which means the only heat in the greenhouse comes from the sun.

In order to have good quality produce to sell at the market through the winter, she had to plant her seeds in early fall. "If you don't start soon enough and the light diminishes and it gets cold, stuff will stay small all winter," she says. She started the kale and Swiss chard in mid-September and the arugula and mustard greens a few weeks later.

Thanks to the mild temperatures this winter, her plants are bouncing back quicker than usual after harvesting so she has had a bounty all season.

Already looking ahead to the summer harvest, she started her onions on February 21, and those will be ready to harvest at the end of June.

How Sweet It Is

The items on her table that tend to garner the most attention are her gigantic sweet potatoes.

She assures one curious customer that the large sweet potatoes taste just as good as the smaller ones.

The hot and dry weather last year was hard on many crops, but that's ideal growing conditions for sweet potatoes. "I like growing a diversity of things," she says, "because the weather is so unpredictable."