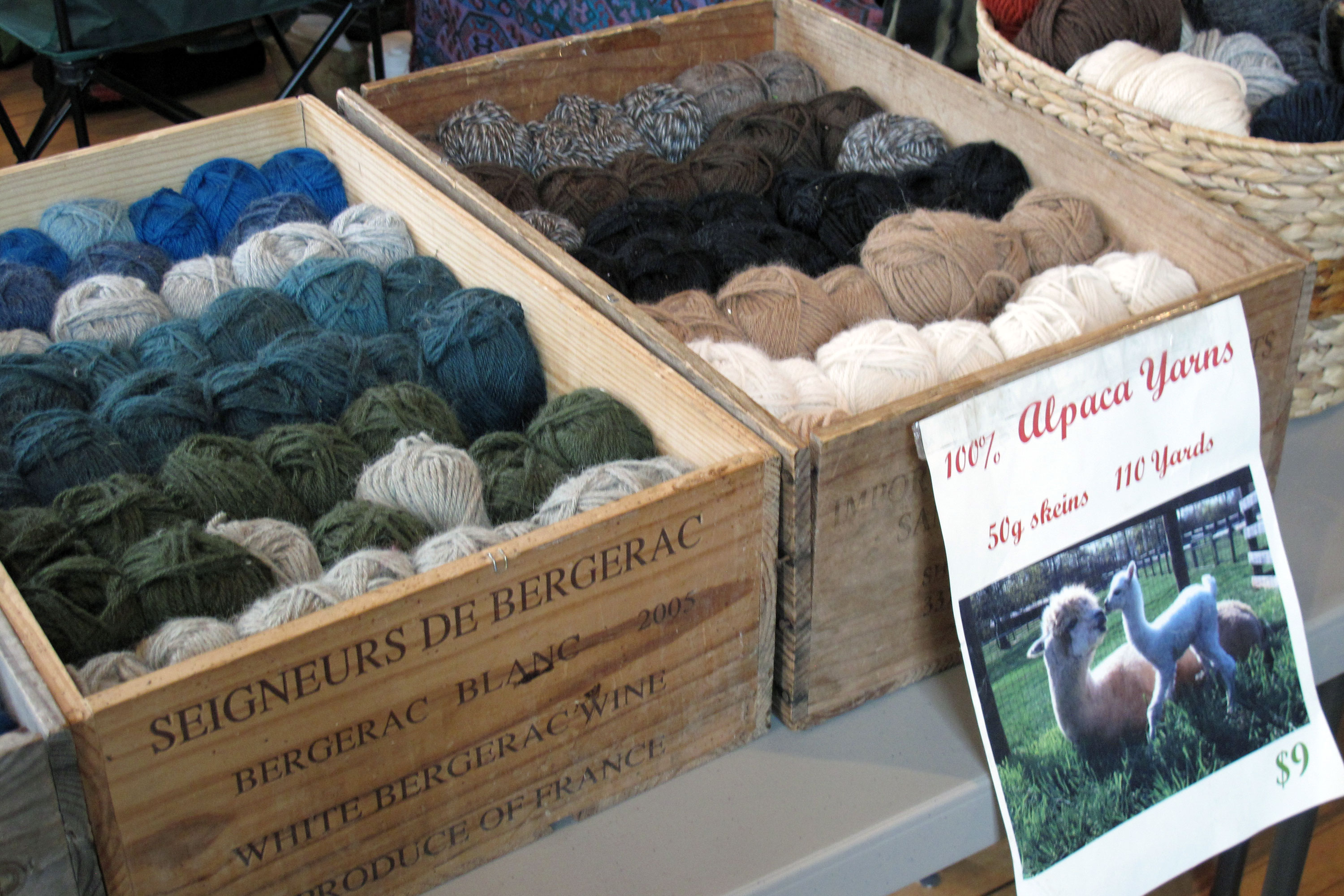 The table for Red Rosa Farm is perhaps the most eye-catching at the Winter Farmers Market (Bloomington, Indiana). Along with 300 varieties of seeds for herbs, vegetables, fruits and flowers, Cathy Crosson sells a couple dozen colors of beautiful alpaca yarns.

Located in Spencer, Indiana, her farm boasts a herd of upwards of 100 alpacas. Her partner Kenny Gater hand sheers each animal in the late spring. While this is a time-consuming process, they did not like the alternative -- she says the professionals are too rough with their animals. Crosson then hand washes the wool and picks it free of debris before she sends it to a mill to get dyed.

But don't ask her for knitting advice: "I don't knit, so I have to fake it that I know anything about knitting."

Crosson is a vegetarian, so even if alpaca meat was eaten in the U.S. (it is not), she would not kill her animals. And as for milk, they are very thrifty animals, so they only produce enough milk for one offspring, or cria.

That, and Crosson says, "milking them has been described as milking a mouse, tiny teats that you can't get any milk out of."

Of her wide array of seeds, her 60 varieties of heirloom tomatoes are most intriguing. "If I could take one tomato to a desert island it would be the Cherokee Purple," she says. But after years of cultivating tomatoes, she now has a triumvirate of favorites, including the Great White and Orange Russian.

She has already started her tomato seeds indoors, but she recommends an easier process for casual gardeners: direct seeding. Plant 5-6 seeds in each tomato cage in late April. They quickly catch up to the transplanted starters.