Meating In The Middle: The Challenge of Lowering Greenhouse Gas Emissions On Farms 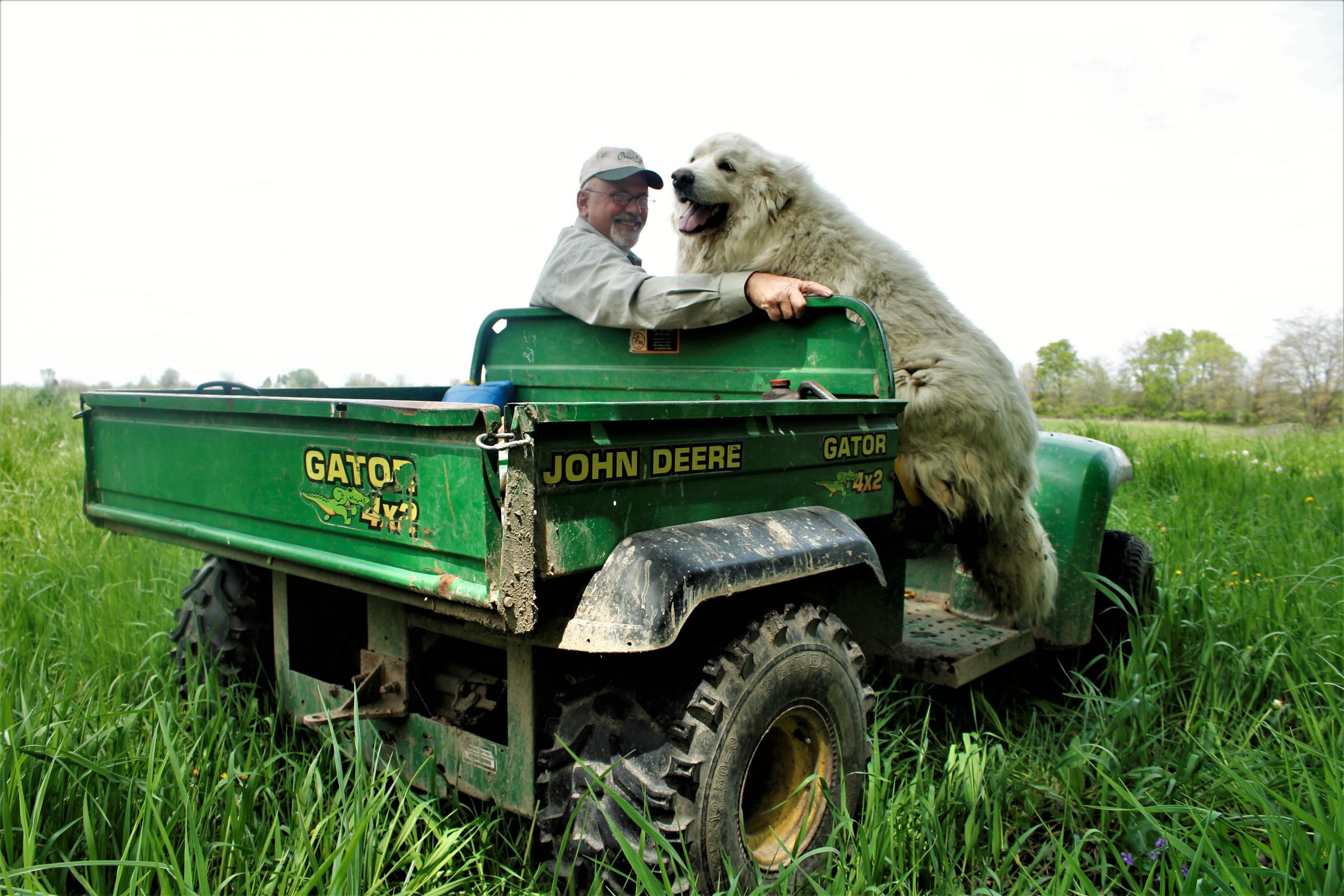 Cow guts are quite the factory. Grass goes in, microbes help break it down and make hydrogen, then other microbes start converting it to another gas. In the end, you get methane, manure and meat.

One of those things is not like the other. Methane emissions are considered the second-worst greenhouse gas after carbon dioxide, according to Stanford University professor Rob Jackson.

"Methane emissions are a big deal. About a sixth of the warming that we've had since the start of the Industrial Revolution has been caused by methane," said Jackson, who chairs the international emission-tracking organization known as theÂ Global Carbon Project.

Agriculture is theÂ leading producerÂ of methane emissions in the U.S., with animal digestion producing almost as much as oil and gas operations. So, one way to reduce that is to just stop eating beef, right? That's what researchers near and far believe, including Paul West at the University of Minnesota.

"As an individual, one of the biggest effects that we can have [to reduce greenhouse gas emissions from agriculture] is changing what we're eating to eating a smaller amount of beef," said West, who is co-director and lead scientist of theÂ Global Landscapes Initiative, which aims to balance future food needs with ag sustainability.

However, West and Jackson also advocate for sustainable agriculture systems to mitigate climate change. Just don't go getting rid of all those gassy ruminants. They're likely a key part.

Beefing up on sustainability

Molly is not one to be left behind.

The old Great Pyrenees followed Dave Bishop's Gator as he drove around his 350-acre operation called PrairiErth Farm. Here, Oreo cows coexist with all kinds of crops and vegetables either coming up in the fields or in hoop houses. And the friendly relationship between his two chickens and the cat? "It's just not right!" he said, smiling and chuckling.

In the mid-20th century, U.S. farms used to look a lot more like Bishop's, but many were sold or consolidated as farmers looked to economies of scale to stay afloat.

Bishop bought this land in central Illinois as the '80s farm crisis set in. But it was the 1988 drought that forced him to change his farm's makeup.

"Everything burned up in the field and it became pretty apparent that we had to do something differently then," he said. "So we just began looking for things to reduce costs. If I have livestock, I can generate some more fertility. If I have more than just corn and soybeans to sell, I have more diverse marketing opportunities."

He's turned to regenerative agriculture, which means creating a sustainable farming operation that isn't too hard on the landscape and involves everything fromÂ cover cropsÂ to diverse crop rotations toÂ drainage water management.

Climate change is a real concern of his, as is staying economically sound. That's why he says any regenerative farm system needs to integrate animals and shift toward diversity in plants and livestock.

West also mentioned the need for crop diversity, saying that large-scale corn production is an issue in the Midwest - and not because farmers are seeing low prices on the billions of bushels grown each year.

"Even though we grow [corn] much more efficiently than a number of places around the world, because corn is a crop that is requiring a tremendous amount of fertilizer ...it still affects our climate a lot," he said.

Remember the cow methane? Agriculture generates two other problematic greenhouse gases: carbon dioxide and nitrous oxide. The latter is boosted by excess nitrogen fertilizer applications, and is about 300 times more potent than carbon emissions (though it doesn't last as long in the atmosphere as carbon or methane emissions).

The future of agriculture

Researchers are making inroads to reducing the amount of methane individual cows produce,Â feeding them seaweedÂ or other kinds of supplements. Some are even lookingÂ to breed cowsÂ that naturally make less methane.

However, the animal's gut microbes that produce methane also help the animal - cut out too many, and that could be toxic. Because of that, Jackson said, "there is no way, that I can see, where we reduce methane emissions completely."

There are also some perennial crops on the horizon, likeÂ wheatÂ andÂ miscanthusÂ (a grass that could be grown for biofuel), that can sequester more carbon because the root-dense soil won't need to be disturbed to replant every year. Those will likely take years to be adopted by the agriculture sector, though.

While the prospect of land use changes could help farms sequester more carbon emissions than they put off, he said that's not the only solution for climate change or even reducing agriculture's greenhouse gas emissions.

Because at the end of the day, he said, it's about making sure there's food for the future, "so we've got to get this right."

This story is part of a multi-newsroom collaborative project called "Middle America's Low-Hanging Carbon: The Search for Greenhouse Gas Cuts from the Grid, Agriculture and Transportation." The effort, led by nonprofit news organizationÂ InsideClimate News,includes 14 newsrooms in the Midwest, and aims to give readers local and regional perspectives on climate change. For more, go to theÂ project page.