Bacon Lovers: The Other Side Of The Story 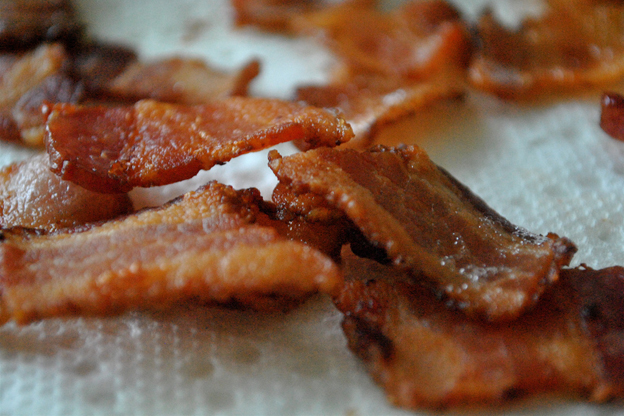 There is a downside to eating all those bacon sundaes.

A study published in theÂ British Journal of Cancer has confirmed the more processed meat a person consumes, the greater their risk of developing pancreatic cancer.

In fact, just two servings a day makes you 19 percent more likely to develop the illness. Double that and the risk jumps to 38 percent.

Recommendations printed in the April edition of Environmental Research Letters advise developed countries to cut back on meat consumption by 50 percent if they want to see a greener future.

The problem is that raising livestock is incredibly resource-intensive. Not only do pigs and cows need water and food, but their food needs water and fertilizer in order to grow and fossil fuels in order to be planted, harvested and distributed.

But old habits die hard. Meat is a staple not only of American diets but also of American culture. Only some 3 percent of people residing in the U.S. are vegetarian or vegan.

We all stand on different parts of the meat divide. However, if you really love bacon that much, you can now be buried in it.

J & D Foods -- the same people who created bacon-flavored lip balm -- have created a coffin with the appearance of bacon. The tagline? "For those who love bacon to death."