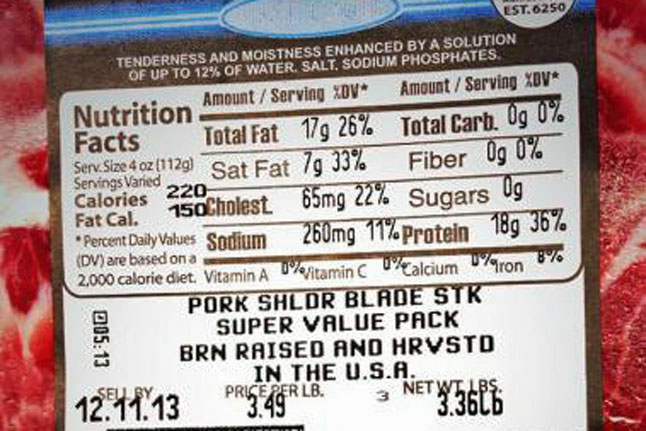 Rules that require more information on meat labels may be on the outs.

U.S. Secretary of Agriculture Tom Vilsack seemed to signal for the first time Friday that the rules are not compliant with World Trade Organization standards and must be fixed.

“We've done a 360-degree look and I can tell you that we do not think there's a regulatory fix that would allow us to be consistent with the law, which I've sworn to uphold, and to satisfy the WTO,” Vilsack said.

Country of Origin Labeling, or COOL, rules force retailers and meatpackers to detail where the livestock from which the meat came was born, raised and slaughtered.

Meat producers in Canada and Mexico have challenged the legality of the rules at the WTO, saying the labels unduly burden them by making their stocks less appealing to U.S. meatpackers, which have to separate and label meat not raised in the U.S.

The WTO ruled against the U.S. rules in October. The COOL rules were a “technical barrier” to trade, the ruling found, and it said they discriminate against meat imports. Mexico and Canada have threatened trade sanctions on U.S. products in retaliation.

Many meat industry groups that represent the largest meatpackers in the U.S. actually oppose COOL and have sued to stop it. A federal judge struck down the challenge in July 2013 and the rule has been in effect for months.

The U.S. could still appeal the WTO's decision, and U.S. negotiators could still come to an agreement around the rules with Mexico and Canada.

Alternatively, Congress could change the rules. Congress could, Vilsack said, “give us different directions that would allow us to comport with the WTO ruling to prevent whatever potential retaliation may occur.”

Changing COOL standards would likely anger the coalition of groups that support the COOL rules – mostly groups of smaller farmers and meat producers – as well as some of the general public. Labeling the origin of meat products has consistently polled well among consumers.