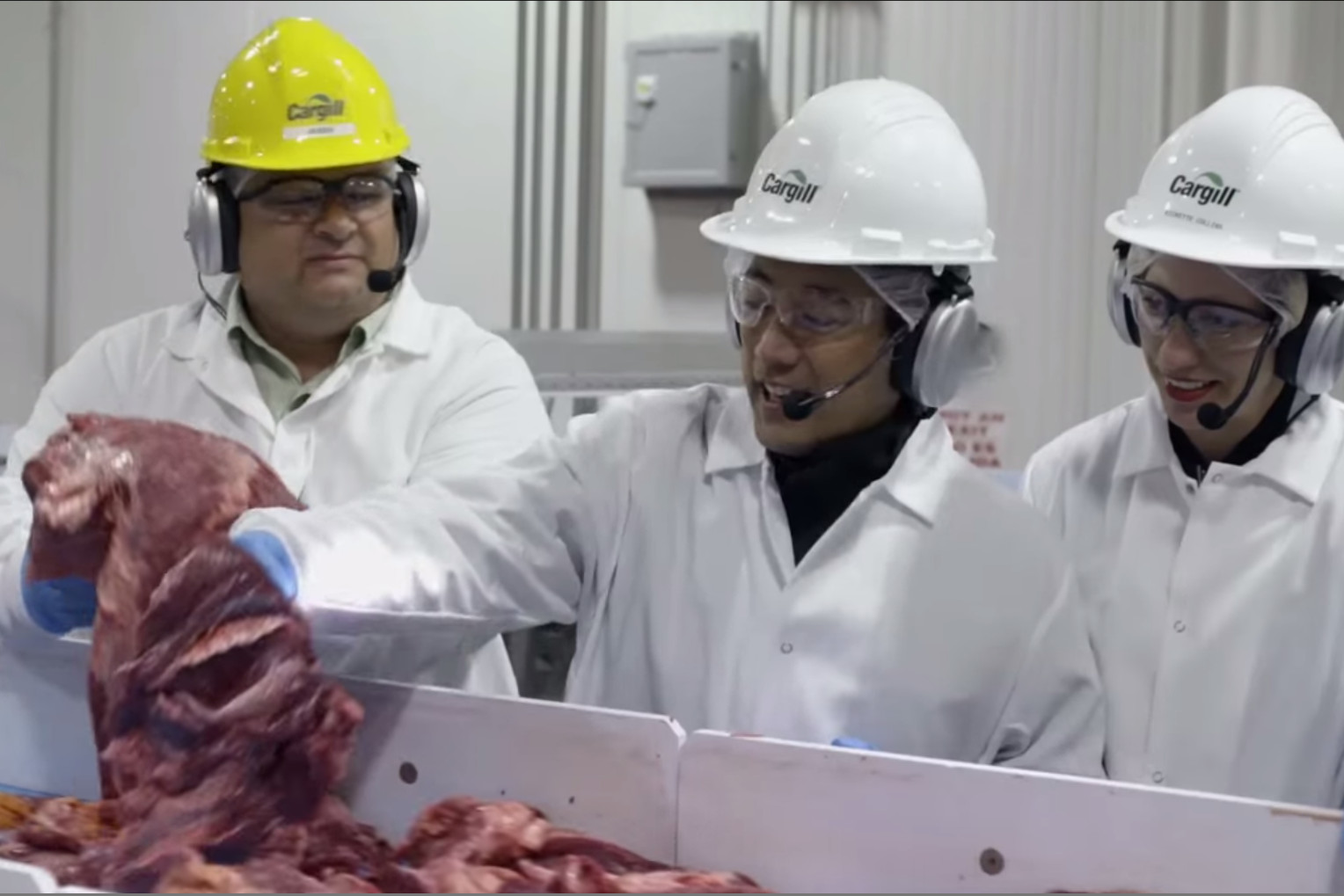 Amid the worst sales numbers in more than a decade, the McDonald's public relations machine has lurched into high gear, inviting TV cameras into its production plants for the first time and wielding social media to address what it calls urban myths and misinformation.

As Fortune reported this summer, the chain's sales saw an especially steep drop among millennials over the last two years. And its menu has gotten an up-sized portion of PR flack lately, with viral photos of mummified month-old burgers and fries, and rumors circulating that the company uses ammonia as a preservative and worms as burger filler.

Food safety scandals in China have done little to help the brand.

To add credibility to their push-back, the company hired former "Mythbusters" co-host Grant Imahara to tour a plant in front of cameras and chirp about its lean beef and clean facilities. An underlying message in the campaign is that McDonald's is healthier than you thought.

But the chain's critics are not impressed.

"This comes off as a little desperate," said Hanna Saltzman, a national organizer for Corporate Accountability International, a watchdog focused on corporate abuse.

She called the company's effort to tackle its bad health image "vague and unconvincing."

"They're saying all this beef is USDA grade. Great, that's the law. These aren't huge health claims, here."

Saltzman heads her organization's Value the Meal campaign, which takes the chain to task for marketing to children and supporting unhealthy eating habits.

"This is really a superficial health-washing move, it's not making substantive change," she said. "And parents and the public are going to see right through it."

The company has addressed its suppliers' use of growth hormones and GMO feed, saying that both are standard practice in agriculture. It stated in 2003 that it asked suppliers to reduce the use of antibiotics for faster growth, though evidence of that is thin and it's hard to separate antibiotic use as growth promotion from the treatment of diseases.

But McDonald's isn't addressing broader issues of sustainability and health, critics say. The company spent $2.2 million in 2013 and more than $1 million this year to lobby congress on a range of issues that include support for subsidies that make its food cheap, keeping minimum wage low and maintaining unrestricted access to kids for marketing.

"If the company really wants to connect with consumers, it should take a hard look at the practices behind the ingredients it uses and begin to change them incrementally," wrote Naomi Starkman of Civil Eats.