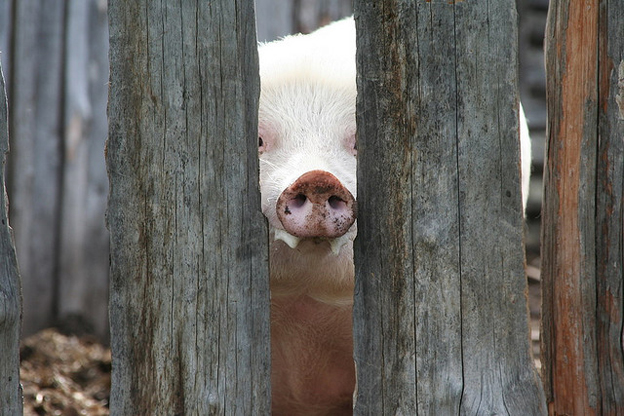 McDonald's has pledged to work with pork suppliers to stop crating pregnant sows.

Animal rights advocates, who have long called the practice inhumane, are applauding the decision.

"Gestation crates" are cages that are used to hold sows for the duration of pregnancy, which usually lasts about four months. This is done to prevent sows from being crowded out of feeding troughs by stronger, more dominant swine.

But the containers are tiny -- barely bigger than the animals kept inside them.

Because McDonald's is a huge pork buyer, their pressure on the industry could contribute significantly to the effort against crating.

The fast food chain is not the first to make such changes -- Burger King reduced their crated pork purchases in 2007.