Mas Masumoto's Letter To A Young Farmer -- His Daughter 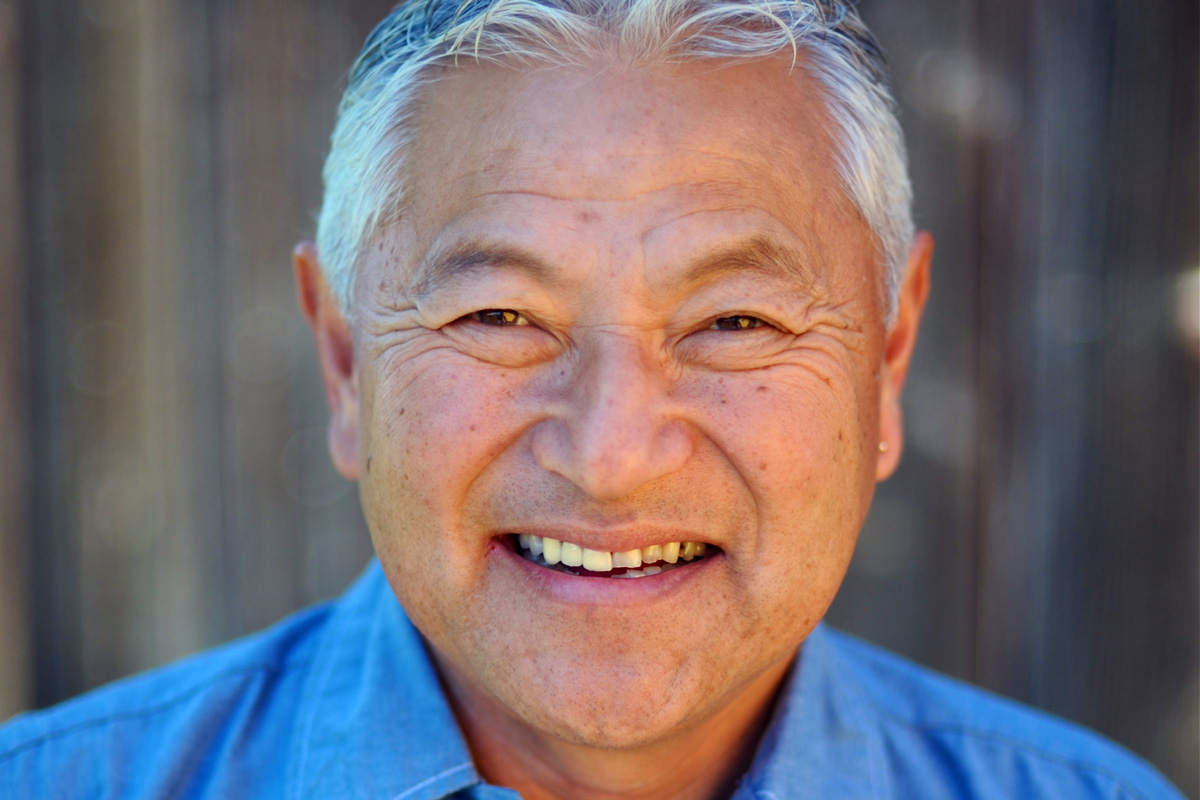 Letters to A Young Farmer is the first book published by the Stone Barns Center For Food And Agriculture. The center offers programs and educational opportunities for the next generation of farmers, so it's fitting that this book would be a series of 36 essays aimed at inspiring the young grower.

For this week's show, I gave the book to Earth Eats' Megan Betz. She was drawn to one essay in particular that talked about diversity in the food system. It was written by author and organic farmer Mas Masumoto.

Mas, 62, will be passing on his family farm to a fourth generation when his daughter Nikiko takes over.

And the letter was really an introduction to the notion that succession on a farm I think is different. It's not like a business where you begin to bring in junior partners and they just eventually take over. I'm realizing what we're really doing is a partnership on the farm. So, the best I could do as a partner is to share as much wisdom and knowledge with her and allow her to learn on her own.

Their paths to farming began in the same place. Mas's grandparents immigrated to California from Japan. They were farm workers for most of their lives. When he was growing up, Masumoto Family Farm was not an organic operation, but they were close. He says it was a matter of money. His father couldn't afford a sprayer, for instance, which meant he couldn't spray pesticides.

Like many farm kids, Mas says he left as soon as he could.

I ran off to college, and I went to Berkeley because I thought it would be the institution, the university that was the furthest away from the farm. I studied sociology because I thought that would be something that would never take me back to farming. The irony of course, long story short, I did realize that I belonged back here on the farm so I circled back. I think the wisdom my father had was that he allowed me to leave the farm, which gave me the opportunity to come back to the farm.

Nikiko also attended Berkeley and then The University of Texas at Austin. After that, she also came back to her family's land. That's where the father's and the daughter's perceptions of farming split off.

I think this newer generation actually envisions the land differently. They don't see a machine of agriculture. They actually see life on the farm. And for my daughter, I think the whole notion of being a young woman in this male-dominated world was intriguing to her because she is very progressive and saw herself as being a type of pioneer along with many many women who are entering farming and agriculture, and leading this new generation of change on the land, and with it, bringing their new attitudes and their new approaches to how we farm.

For one, Nikiko talks about transparency.

In other words, she thinks of the farm as much more working in the public sphere, where I grew up and farmed very much being very private in everything I did. And a simple example is she is on social media lot, sharing what's happening on the farm, telling stories, taking pictures, posting them. This was fairly new to me because I tended to look at farms as very very isolating and private. And I think she is part of that millennial generation that is much more open and engaging in the work that they do. It's that story for many of them that has significant in meaning that elevates what they do and connects them with the broader world.

Writing is an important part of the farming practice for both of them. They've even written a book together called Changing Season: A Father, A Daughter, A Family Farm. Back when he was new to farming, he did a lot of journaling. Over the years, he's published nine books, and he contributes regularly to The Fresno Bee.

Back in the '70s and '80s, agriculture was really heading toward being just a simple manufacturing operation, where what you did on the farm was a secret and didn't matter, and writing for me was a way to, you could say, expose but also connect farming and food with the greater public. I was fortunate that I think I caught that wave of people wanting to know more about where their food comes from. For my daughter, Nikiko, I think she looks at it from a different perspective. It's not just one way communication of a story. She wants to hear what other people are thinking and that's why we do more and more things on the farm that engage the public.

One of the things Mas has over Nikiko is an understanding of where we've come from. He says people of color have always been part of the food system, but like his grandparents, they often did the physical work of growing food; they didn't own the farm. He's now seeing a shift toward diversity in all parts of the food system.

One of the aspects that I find fascinating as the whole food world, you could say, matures and allows different types of foods to be on our plates, it expands the knowledge base, so that instead of someone trying to learn how to grow a Japanese squash, you're having people who grew up with this -- as in Japanese Americans -- who grew up with some of these vegetables and have this working, native knowledge of how to grow things. So wonderfully, as our food plate becomes more diverse and complicated, it's allowing communities of color to find a place in the food system, and that is so positive. Because no differently than I think there is a criticism of mono-cropping and growing just one thing, the whole growth of farming and growers could also be diverse and rich.

Mas Masumoto contributed to the new book Letters to A Young Farmer. He and his daughter Nikiko grow organic peaches and nectarines on Masumoto Family Farm near Fresno. Earth Eats' Megan Betz contributed to this interview.

In Trump's Cabinet, oil-rich states like Texas and Oklahoma are well represented, making some in the Corn Belt worry about the future of corn-based ethanol.

Study: Agriculture Should Ramp Up Response To Climate Change

New research identifies the Corn Belt as the region where climate change could have the biggest impact on overall farm productivity.

China has confirmed 460 cases of the H7N9 bird flu virus since last October, the most of any season since the first human case was reported in 2013.

A new much-anticipated portable device for detecting gluten in food has hit the market.