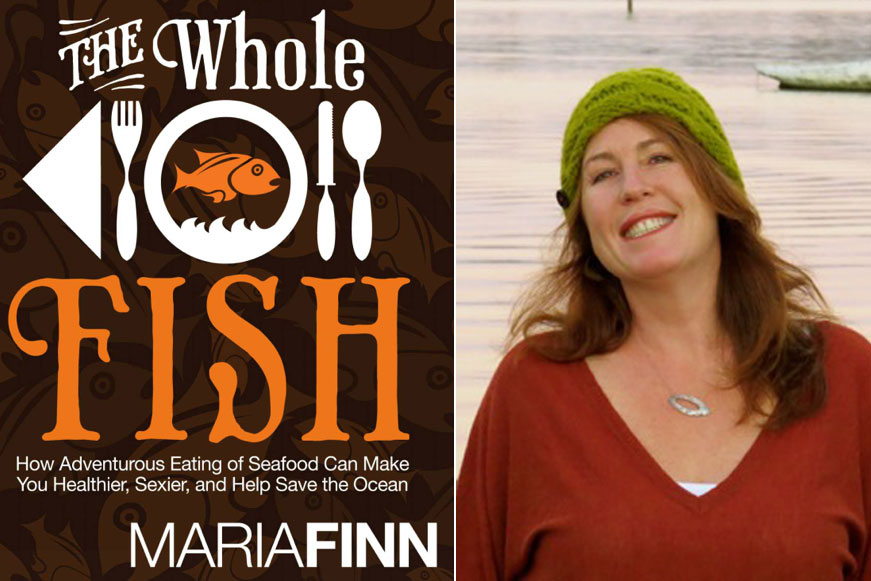 "Our farmers markets are just like Shangri-La," says Maria Finn, resident of Sausalito, California, and author of The Whole Fish: How Adventurous Eating of Seafood Can Make You Healthier, Sexier and Help Save the Ocean.

At the farmers markets she attends, all fish parts are readily available, and Finn has learned to embrace using the more unusual among them in her dishes.

For $2.00 per pound, she picks up fish heads, with which she makes a simple miso soup.

According to Finn, tossing fish skins is a huge waste. Baked fish skin is healthier than bacon and just as tasty -- just remember to scrape off the scales before eating!

"I save the fish skin, I'll bake it, and the next day I'll slice it up and put it on some brown rice with an egg and some kimchi, sort of like a version of bimbop," she says. "This is really healthy bacon. It's got more fat, like bacon does. But these are really healthy omega-3 fats, so it's also really good for you."

Finn argues for buying food directly from fishermen whenever possible, and always for choosing wild over farmed fish.

"If you're buying farmed salmon, it's probably coming from Chile, getting shipped to China, and then from China, getting shipped back over to Indiana. That's an enormous carbon footprint," she stresses.

"It's a monoculture," she says. "The pens are in the ocean. There's maybe 500,000 to 1 million salmon per pen. You can imagine the amount of waste coming out of there, and they're so crowded they often have to be fed or doused with antibiotics because of diseases, so those antibiotics are also going into the ocean. The other element that makes them very unsustainable is that they are fed pellets of herring and sardines and other foraged fish. But it takes 3 pounds of the wild ocean fish to produce 1 pound of farmed salmon, so we are actually collapsing whole ecosystems in the ocean by over-fishing these small fish to feed to these industrial farms."

The forage fish often fed to farmed salmon are tasty for human consumption, as well.