Maple Syrup Festival To Kick Off Despite Wacky Weather 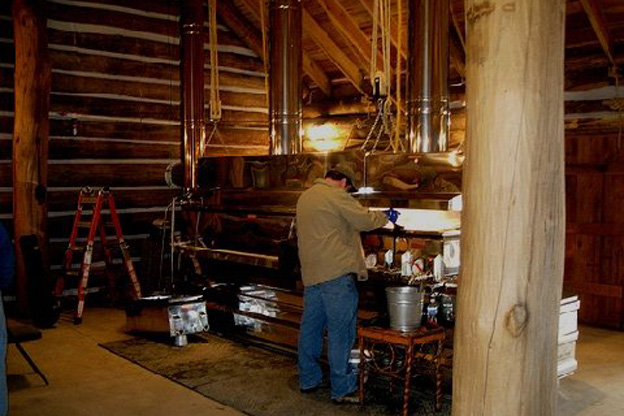 The fourth annual National Maple Syrup Festival starts this weekend, but what impact will weird weather patterns have on this year's harvest?

The sudden sap flow has caught many sappers off guard.

"Tapping a tree is like a chess match -- you don't want to get out there too early or too late," Burton explains. "You want to make a move at the precise time."

He compares a tree to the human body. As soon as the tree is "scratched," it begins to "heal." Tapping too soon can result in the need for multiple tappings.

Southern Indiana is uniquely situated to host the National Maple Syrup Festival. As the southernmost state in the Maple Belt, Indiana is the first state to tap their trees.

"It's one reason we have the festival in the birthplace of the season," Burton says.

New at the festival this year is a ceremonial tapping of a maple tree. Indiana state director of agriculture Joseph Kelsay will tap the tree, signifying the start of the season.