Maple Syrup And All Its Delicious Parts 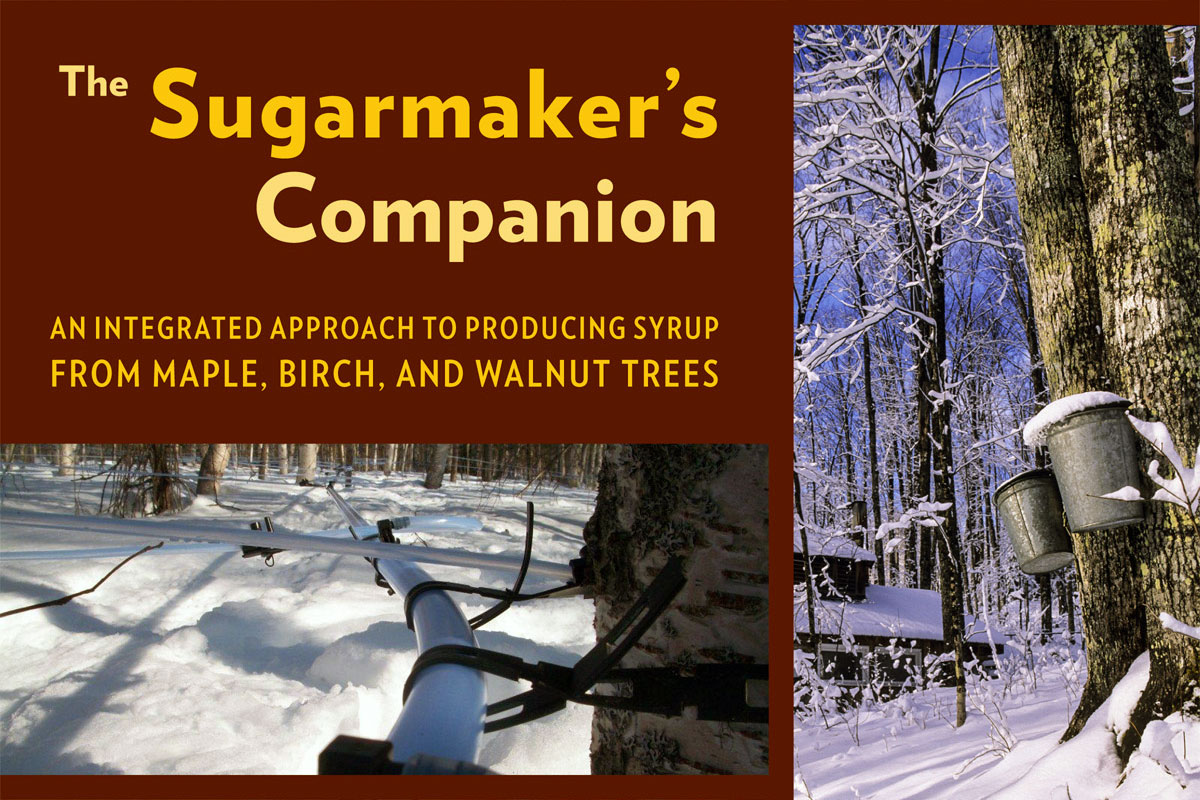 Michael Farrell had never tasted real maple syrup until this one pancake breakfast at SUNY-College of Environmental Science and Forestry. A graduate student at the time, he called it a lightning moment, and he knew he wanted to try to make the stuff himself.

His new book "A Sugarmaker's Companion" is a must-read manual for all those who want to try tapping trees themselves.

When Farrell was a novice sugarmaker, he discovered a love of maple sap straight from the tree. "That’s what I really loved every spring," he says, "Tapping the trees and collecting and drinking the sap."

What does sap taste like? Well, water. After all, it only contains 2 percent sugar (along with various minerals). Simply put, it tastes like it came from a tree.

To this day, Farrell enjoys sap as a seasonal beverage. “It’s what’s bringing the tree to life in the springtime, and just like it’s good for the trees, it’s good for us," he says. (You can buy some maple sap here if you'd rather not collect it yourself.)

In order to turn the sap into syrup, sugarmakers need to separate the 2 percent of sweetness from its watery base. Farrell uses a reverse-osmosis machine to pull out 80 percent of the water before boiling it down. This $8,000 gadget makes the process much more energy and time efficient.

The water that comes from the reverse-osmosis process is the permeate. Keep an eye out at specialty stores for this beverage!

Collecting sap and boiling it down to syrup does not need to be left to the experts. In fact, Farrell says back in the 1800s, many Americans would tap trees and make sugar. Today, not only has technology made the process easier, we have more trees that could be tapped.

"There’s no reason why we can’t produce and consume just as much maple sugar as we did back when people were really living off the land," he says.

He speculates that the reason we stopped producing DIY maple products was primarily economic. In the late 1800s, the price of cane sugar dropped below the price of maple sugar, so it didn't pay to tap trees.

More: Try it yourself this year! Here's a description of how to tap trees and here's an old-fashioned, low-tech way to boil the sap down to syrup.