For The Love Of Chocolate, Brussel Sprouts And Oysters 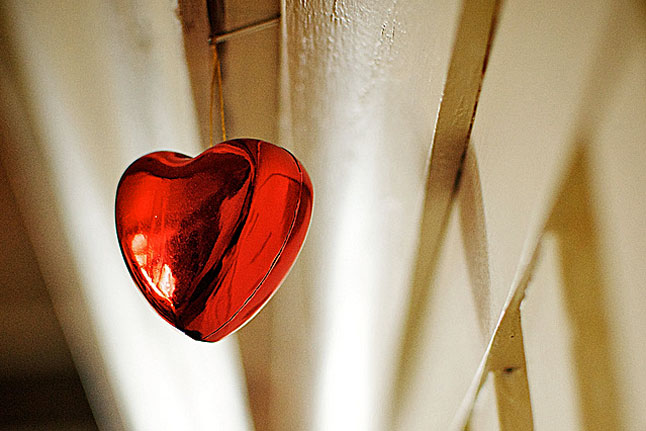 The Way To My Heart Is Through My Stomach

Every garden starts with seeds. For gardeners interested in local living, it only makes sense they would seek out seeds that were grown locally as well. Art Sherwood of Nature's Crossroad Seed Company is here to help, because believe it or not, now's the time to start planning for your spring garden.

If you're thinking about staying in on Valentine's Day, this oyster stew could be a great main course. Traditionally, oysters were considered to be an aphrodisiac, because it's said that amino acids trigger increased levels of sex hormones and the oysters' high zinc content aids the production of testosterone. It was also once assumed that oysters were only safe to eat in months with the letter â€˜r' in their English and French names. The thinking was that oysters are more likely to spoil from May to August in the northern hemisphere. These days, that's less of a concern, but the little molluscs are nevertheless associated with wintertime holiday celebrations.

The three days leading up to Valentine's Day are the busiest of the year forÂ owner and Executive Pastry Chef of BLU Boy Chocolate Cafe & Cakery David Fletcher. Unlike commercial chocolates, his contain more cocoa butter, less sugar and more local character. He is one of the local chefs who brings his sweet treats to the annual Bloomington, Indiana event The Art Of Chocolate. The busiest table at the 2011 event was the one manned by mixologist Janell Lenfert who was making decadent chocolate martinis. As she says, "Why eat dessert when you can drink it?"

One final recipe to enjoy this Valentine's Day. Temperatures in Indiana have been unusually warm lately, but that doesn't stop me from craving a warm cup of hot chocolate at the end of the day. This Caribbean Inspired Hot Chocolate has a lot going for it: orange zest, rum and some stiff bittersweet chocolate.