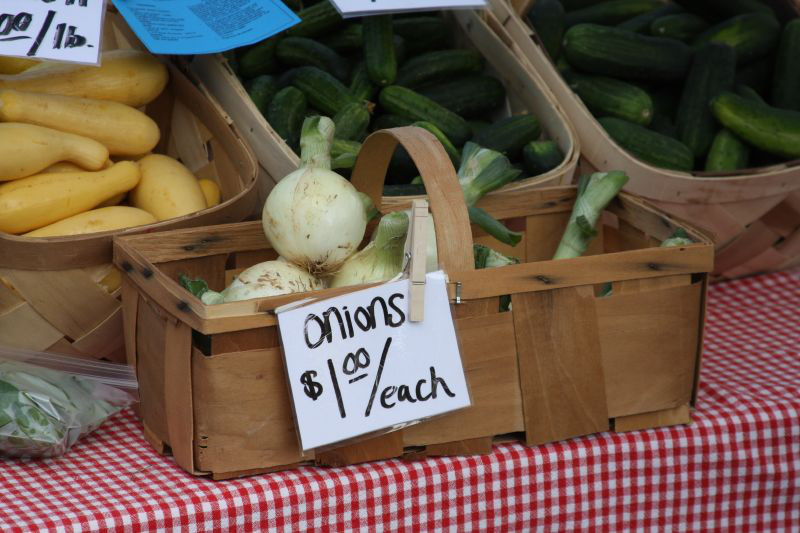 Beacon In The Desert

Louisville, Kentucky will soon be home to one of the largest and most ambitious food hubs in the country â€“ a 24-acre facility that organizers hope will serve as an example to spread across the region.

The site sits on a vacant lot that was once a thriving National Tobacco Company plant that employed tens of thousands of workers. Now it is the center of a USDA-certified food desert where there is little access to fresh produce.

Earlier this year, the city sold the lot to a non-profit developer with plans to turn the site into a commercial agriculture park that will include trucking and storage for produce, a juicery and a 2-acre demonstration farm, and even a $20 million composting power plant to turn waste into methane energy.

Caroline Heine, co-founder and project director of Seed Capital Kentucky, said the hub will fill key gaps in the local food system, which analysts said could have an economic impact of to up to $800 million.

The project received a grant from the USDA's Local Food Promotion Program, and the group is applying for an implementation grant to boost the project.

The operation is ruminating on a number of out-of-box ideas to connect farmers to customers. Heine said the local food bank delivers produce in refrigerated trucks to 12 surrounding counties, but returns to Louisville empty.

"What if we could have the trucks that are already coming into Louisville bring local food along with them?" she said. "We want to start getting their trucks to back-haul local food, removing one of the burdens on farmers." she said.

The move could even increase the quality of the produce because most farmers don't have refrigeration in their vehicles and are subject to wilting during the road trip into town.

Other planned components of the park include a kitchen incubation program, a business accelerator focused on agricultural start-ups, a greenhouse facility, a partnership with food processing company KHI Foods and the relocation of the Jefferson County Extension service. Nature's Methane will be the first tenant to break ground in late spring for an anaerobic digester that will convert all of the sit's organic waste to energy.

We're not Brooklyn. And we feel if we could build out this model in the Midwest, it could be replicated by other communities that areâ€¦not coastal, let's say.

"We hope that we can create some efficiencies and reduce some costs for people who are in the local food system."

In a preliminary study, the project's founders say they discovered a massive demand for local food amid Louisville's growing reputation as a culinary destination. The city has been featured in numerous food publications and wasÂ named as "one of the best food getaway cities in the world" in a Zagat survey in 2012.

Kentucky is home to 77,000 farms, the majority of them family-owned. Heine said this is partly due to the state's tobacco-growing legacy, because the crop could be profitable even on small farms. But the decline of tobacco demand has forced farmers to seek alternatives that now feed the local food system.

A Louisville Local Food Demand Analysis survey in 2012 indicated city residents would double their spending on local food if those products were readily available.

Heine said the project has energized local food advocates, who are happy to see a project like this spring out of the Midwest instead of traditional local food locations like Vermont, California and New York.

"We're not Brooklyn. And we feel if we could build out this model in the Midwest, it could be replicated by other communities that areâ€¦not coastal, let's say."

After the methane plant breaks ground next spring, the park will follow with new construction in the fall of 2015, with plans to become operational by fall of 2016.