Look Up, There's A Garden On The Roof 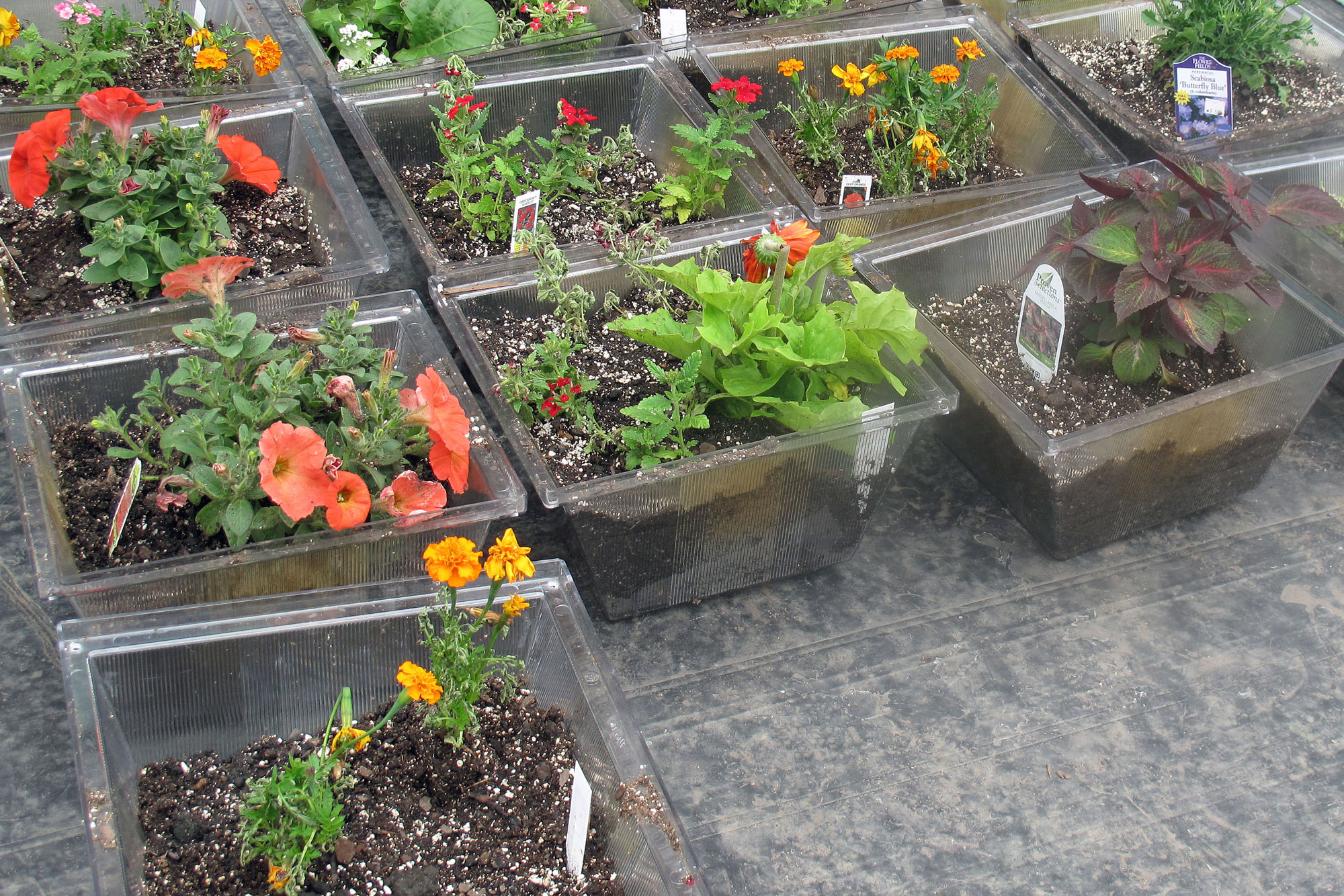 That's what happens inside the walls.

It's the cool things happening on top of and underneath the building that we're interested.

The roof is home to an expansive container garden, while the basement has worm composting and grow lights for parsley, cilantro and rosemary.

In addition to all the growing that's happening, Middle Way House's maintenance coordinator Eric Wainwright created a system of rain barrels on the roof that collects rain water as well as water from the building's many air conditioning units. He remembers that during the humid weather last summer they collected a quart of water a minute, "And that's usable water."

Today, the barrels are already overflowing and the forecast is calling for more rain.

Think Outside The Box

Garden coordinators Andrea Jobe and Ricca Macklin are in charge of maintaining the rooftop garden along with a slew of volunteers. They're growing herbs, tomatoes, peppers and cabbage to sell to Food Works, a catering company that shares this roof.

Most of the plants are growing in black plastic trays, but Jobe is especially excited about their other non-traditional planters, like kiddie pools, feedbags and re-purposed light fixtures donated by city hall.

"You can have fun with it," she says. "That's a way to liven up the space and make it look very appealing."

From the kiddie pools and light fixtures to the standard trays, all the containers on the roof are shallow -- maybe 6 inches deep at most. The soil mixture is also lighter than what would be used on the ground. This is to make sure there isn't too much weight produced by the garden.

"As you can imagine, water is very heavy," says Jobe. "Not only the rain barrels, but once the containers are saturated with the water, that's when things become the heaviest." She says they plan the layout around where the structural beams are located.

The gardeners also have to contend with wind gusts that are more intense than you find on the ground, where trees and buildings serve as protective barriers.

But there's an even more unique challenge faced by this thirty-foot high garden:

We were told that it's very possible the roof might be a different climate zone than the grounds around. It is a black-surfaced roof meaning it is going to be absorbing a lot of heat. So, this can get really hot during the summer.

The roof is likely a climate zone higher than the ground three stories below.

More: Find out what's happening in the gardens around the building as we visit with a slew of young gardeners from The Project School.