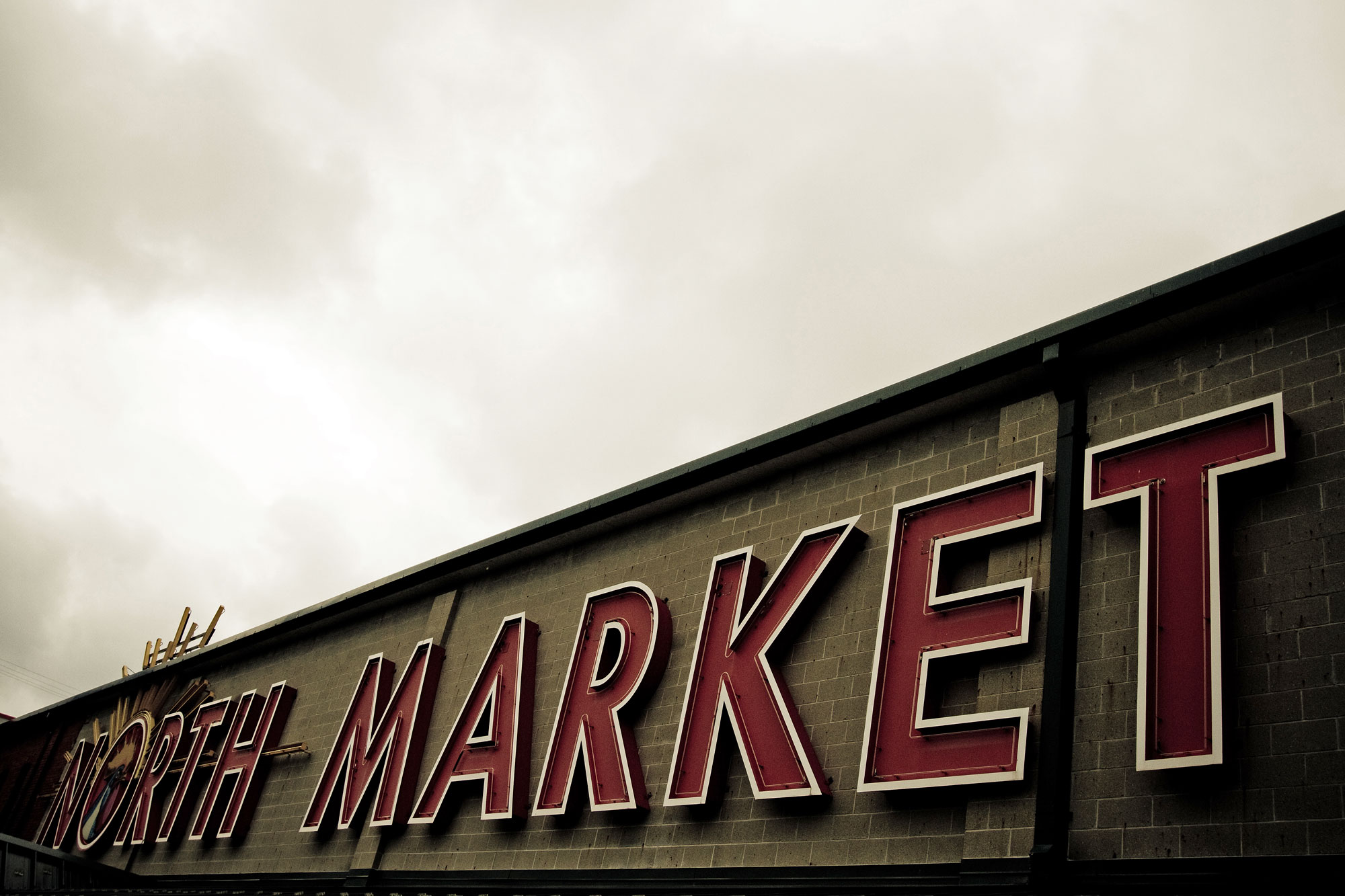 Columbus, Ohio boasts a vibrant local food scene thanks in part to the many small farms and producers that are within a 100-mile radius of the city.

We visited Columbus in 2011 to get a feel for how Ohio foodies eat. Here's a hint -- meat eaters have a lot of great options to choose from.

The North Market is Columbus' only remaining public market. It's located near downtown in an old warehouse and is home to dozens of area vendors and farmers.

A vendor positioned right at the entrance is North Market Poultry and Game. In addition to offering local chickens, they sell ducks from Indiana, turkeys from Miami County (Ohio) and rabbits and venison from Licking County (Ohio).

Jerry Bullock has been with the store for 16 years. "We try to keep a low carbon footprint, keep the money in the local economy and keep the land from falling into the hands of developers by making it profitable for farmers."

So Fresh And So Clean

In the case today are about a dozen whole chickens which he says will be sold by the end of the business day no problem.

The key to their success is the freshness of their birds. They source from two area chicken farmers, one who delivers on Tuesday, Thursday and Saturday and the other who delivers on Friday. "So, the chicken is days from harvest not weeks like the grocery store," he say. "In fact, it's better if they take it home and let it sit for a day or two to let it age and soften."

Around the corner is another branch of the business, Kitchen Little, where they sell prepared food made with their local meats. It's comfort food at its finest -- Chicken and Waffles, Biscuits and Gravy and Bison Chili.

The Cassoulet is what gets most customers salivating. This traditional dish from the south of France is named after the vessel in which it's cooked. It contains white haricot beans and any variety of meats -- pork sausages, goose, duck and even lamb.

It takes Kitchen Little three days to make a full batch because they cook all the components separately. Bullock says the process of deglazing the pot to create a base from the cassoulet is especially labor-intensive -- "I think the rule is (to deglaze it) seven times."

In France, it's said that cassoulet is a way to argue because there is no one recipe. The only rules are the white beans, the stock and the big earthen pot.

That's what makes the dish so appealing for Bethia Woolf of Columbus Food Adventures. Since Kitchen Little doesn't follow strict recipes, their dishes vary from day to day.

"One day you might come in and the cassoulet is really smoky, and then another day it has a slightly different flavor profile because they vary what meats are in it," says Woolf.