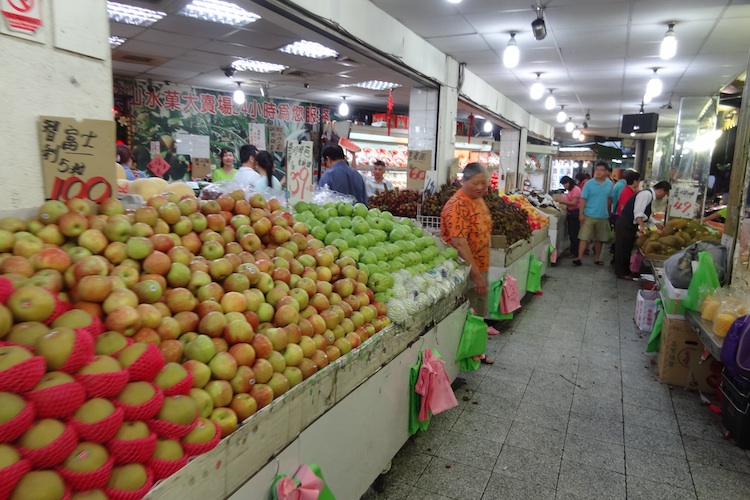 Taiwan is known as a fruit lovers' paradise, and believe me, it's reputation is well deserved. There are huge stands everywhere and smaller vendors scattered throughout the city streets. My son and I eat fruit every day, either as an entire meal or as a quick snack.

The mangos are much sweeter than the ones back in the US, though, and there are many more different kinds. Traditionally considered a symbol of good fortune, the pineapple is another fruit I believe to be sweeter tasting here. Some of the more common varieties include Winter Honey Pineapple, Ice Cream Pineapple and Fragrant Pineapple. In addition to enjoying it freshly cut, the Taiwanese also make pineapple tarts, pineapple fried rice and pineapple cakes.

But I've also enjoyed some of the island's more exotic offerings as well.

There's "lian wu" -- or wax apple. It resembles a red pepper but tastes like an apple with the texture of a potato. Another good one is lychee, most of which have medium to large-size seed, relatively firm flesh and complex flavor.

Try and find these at your local growers market!