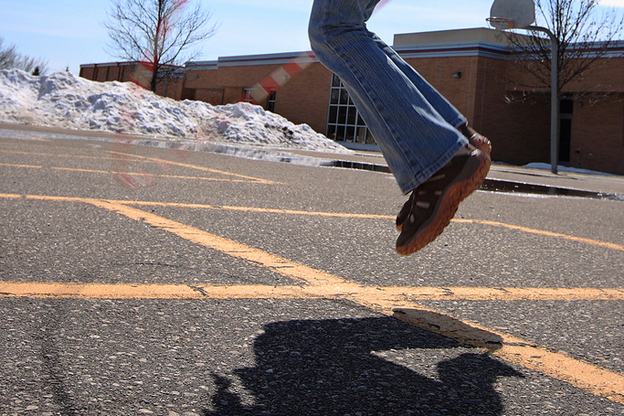 In a disappointing move for foodies, Michelle Obama announced she will shift healthy habits geared towards children from food to activity.

The "Let's Move!" campaign is focusing on getting sedentary children off the couch and on the playground.

Obama talked about partnering with schools in a speech, given last week in Washington, D.C.

Some food and health advocates are not thrilled with the shift.

Marion Nestle believes the First Lady has "given up encouraging food companies to make healthier products and stop marketing junk food to kids."

She points out the food industry is huge, and ready to push back against marketing constraints, like in the case of cartoon characters on children's foods.

Nestle outlines why shifting from food to activity is dangerous, including the fact that children need to eat less to lose weight. Bottom line.

She is also concerned Mrs. Obama has "declared victory" too soon in the fight against childhood obesity. In the First Lady's speech, she does outline achievements like healthier school lunches and food manufacturers cutting unhealthy fats and sugar.

Nestle argues the shift is politically-motivated, and our children's health is at risk.

What do you think? Obama's speech in full is available below -- is she throwing in the towel to avoid a political fight, or is she trying to improve the health of children with activity in addition to healthy eating?