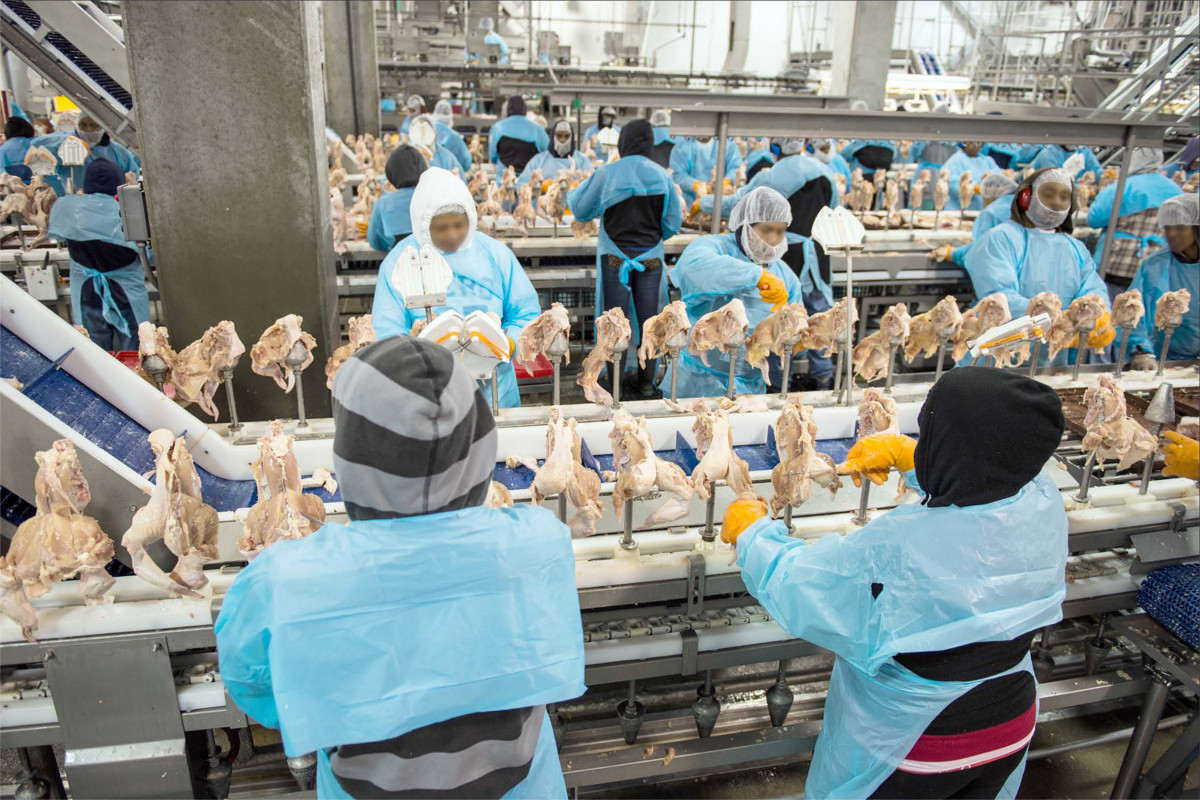 A 2015 Oxfam report found that wages for line workers at chicken plants average about $11 per hour, which keeps workers hovering around the poverty line. ( U.S Government Accountability Office/flickr)

A new lawsuit outlines an alleged conspiracy among U.S. companies that produce more than 90 percent of the country’s chicken to keep wages low.

Most of the affected workers are immigrants working in dangerous meat cutting jobs.

Perdue and other companies in the suit have denied the allegations.

The case is rooted in interviews with former employees, and was filed on behalf of three former workers.

The lawsuit was filed in Baltimore federal court, and is requesting class-action status for hundreds of thousands of other workers.

The case describes secret annual meetings since 2009 among human resources and payroll departments in a hotel in Destin, Florida, where they discussed pay and benefits for production line and maintenance workers at about 200 plants.

The suit says the companies used consulting agencies to swap detailed wage information. Meetings in Destin would be held around the same time as an annual U.S. Poultry & Egg Association human-resources seminar.

According to the complaint, one senior executive from Tyson was quoted as saying in 2018 the Florida meetings “were so inappropriate and improper that that the company would no longer attend them.”

The report said workers earn low wages around $11 per hour with scant benefits, with the real-value of wages declining almost 40 percent since the 1980s.

In June this year, the Department of Justice intervened in a price-fixing suit against the country’s largest chicken producers.

The agency asked the U.S. District Court for the Northern District of Illinois to halt a class-action lawsuit filed by food distributor Maplevale Farm, a move analysts said was a sign of possible criminal indictments in its own grand jury investigation.

Maplevale accused firms of employing Agri Stats, one of the companies named in the wage-fixing case, to fix prices.